Gomshall is a picturesque village that lies between Guildford and Dorking. Situated on the river Tillingbourne, the village grew with the development of local industries using the plentiful and constant water supply: many of these industries survived into the twentieth century, including leather tanning, watercress growing and corn milling. The river Tillingbourne is the river that powers Gomshall Mill.

The Manor of Gumesele was a Saxon feudal landholding which originally included the present day Gomshall. Gomshall appears in Domesday Book of 1086 as Gomeselle, and was held by William the Conqueror. Its Domesday assets were: 1 mill worth 3s 4d, 20 ploughs, 3 acres of meadow, woodland worth £30.

For the 1380 Poll Tax, Gomshall had 267 names registered. The occupations written beside the names show land-holders and the usual country crafts but also a high proportion of skills relating to the wool trade; there were spinners and weavers, fullers and pelterers and there were also a number of tanners.

The tannery building itself was first recorded as far back as the 16th century and has only recently ceased to exist. At the western end of the village, the dark red brick-built Tudor King John House was formerly known as Old Tannery House and had its own tanyard.

Although the current Gomshall Mill is not that of the Domesday notification, it is believed the current building may well have been built on the existing Domesday site. Parts of the current mill date bate to c17th century, although it was also extended in the centuries after.

Milling and the "Right of Soke"

Corn milling was one of the earliest forms of industries allowing farmers to grind their corn into flour, and was most probably introduced to England by the Romans. Historically, most mills were owned by the church or the Lord of the Manor and the law at the time allowed flour to be ground only at your Lord's mill - known as the 'Right of Soke'. Milling was a profitable business with some millers charging up to 10% of the grain, while the landlord often took a further cut. 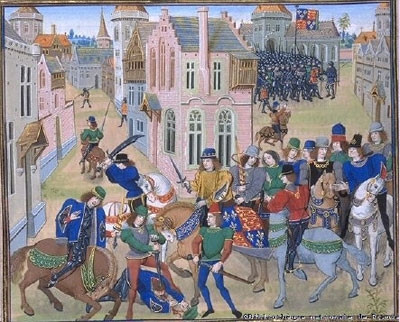 In the 1300's many peasants revolted in an attempt to overthrow the milling rights law. There was a "peasants' revolt" in 1381 at St.Albans against the Abbot and his use of milling rights, amongst other grievances. In particular the abbot confiscated all the hand querns (hand operated flour grinding stones) and used them to line the floor of the Abbey Chapter House. All the querns were subsequently recovered.

At that time bread made with flour from English wheat was very different to that which we know today; it was very much heavier and barely risen, as the flour, being stone-ground, was much coarser.

By the mid to late nineteenth century, many of the old mills were adding steam, gas or oil engines in an attempt to compete with their modern counterparts, because of course water-driven mills depend on decent water-levels to ensure efficient operation, and wind-powered mills depend on decent wind. No water, or no wind, meant no flour. 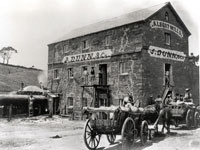 After the repeal of the corn laws in 1846, plentiful supplies of American wheat became available. This gave a significant advantage to mills based near the major seaports. At about the same time, a more efficient milling process was invented in Germany; in this the grain is crushed between two steel rollers, rather than between millstones.

The majority of mills struggled to survive against this early form of mass production and by the beginning of the twentieth century many rural mills were driven out of business or were reduced to producing animal feeds for local farmers.

Gomshall Mill is located on the banks of the Tillingbourne. Its function would have been to use the power provided by the water in corn milling, to make flour for bread, but it also would have been involved in malt milling. Guildford was a thriving market town and with easy access to London by the river networks, a good business was to be had out of the buying and selling of corn and malt.

The mill, as it existed at the time of the Domesday book, had an annual rental value of 40 pence (16 new pence). The existing building from the 1600's still contains some of the original milling machinery. 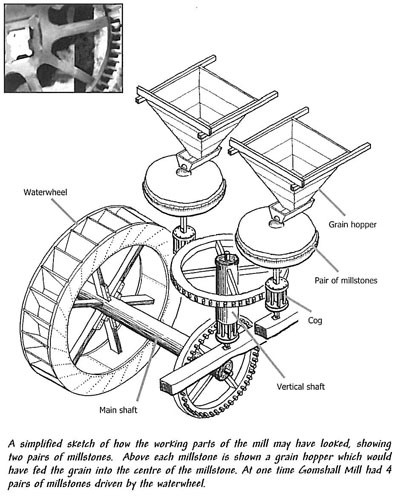 In 1611 the mill was leased by Edward Bray, Lord of the Manor to John Chennel, for £16 p.a, and is recorded as having both a malt mill and a corn mill. 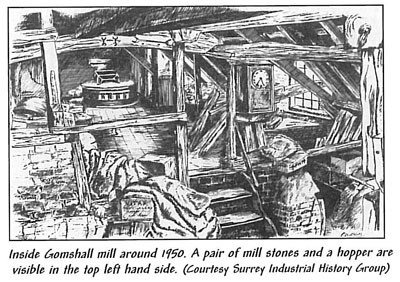 In c.1752 the Mill cam into the ownership of the Harris Millers, who operated the mill until 1806. 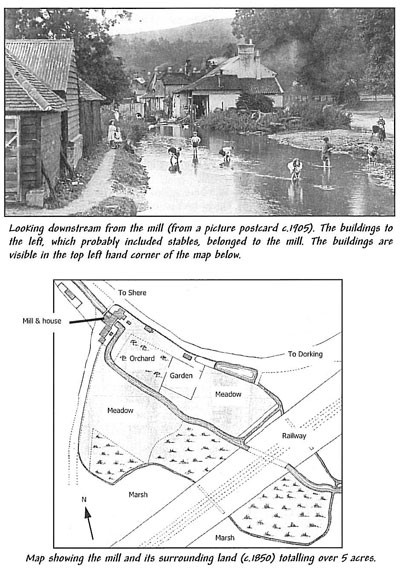 The Mill changed hands numerous times over the years, and in 1839 it was converted from an 'undershot wheel' (where the water struck the bottom of the wheel) to the greatly more efficient double 'overshot wheels' (with two cast iron wheels working side-by-side, with the water striking the top of the wheels). This work happened when the mill was in the possession of William Southon, a local man who owned a bakery in Shere. Benjamin Kelsey purchased the mill (and bakery) and on his death in 1877 his son Richard took over. 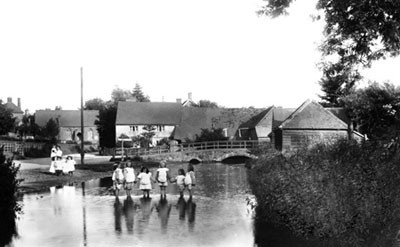 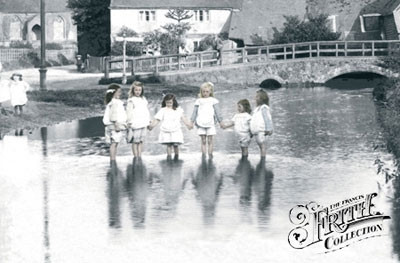 In 1902 the mill was sold to Sir Reginald Bray and thus came back under Bray ownership after a gap of some 140 years. Gomshall Mill continued to function as a mill until 1953.

The building was subsequently bought privately by Mr and Mrs Hole to be run as a restaurant and antique shop.

After a period of closure, was lately acquired in 2001 by Blubeckers pub restaurants, and became a Home Counties pub in 2010.

Many thanks for Nigel Harris for giving permission to reproduce research from his booklet 'Gomshall Mill, The Harris Millers and their Shere Connection'. Copies of the booklet can be obtained through www.gomshallmill.co.uk. It's well worth it. 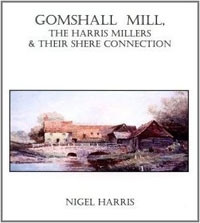 Some of you may have already met Rob; our NEW fearless leader. Rob is an experienced pub manager having worked for Fullers for several years running a number of their city and urban pubs. He then set off on an incredible pole to pole expedition for two years. Upon returning to the UK he set up and ran a restaurant with Brian Turner and then went to the Goodwood Estate to help turn their restaurants around. Then he became the Guest Relations Manager for Scott Dunn forced to spend his summers on the beach in Portugal and then dragged to the mountains to spend the winter in places like Zermatt and Val Dâ€™IsÃ¨re. After five years living out of a suitcase Rob decided it was time to come home, having missed pub life he sought out joining the B&P family and weâ€™re so glad he did. Rob is always around so pop in to get to know him (he wouldnâ€™t say no to a cheeky rum!

Lizzie is our glamorous Assistant and has been with the company nearly 10 years! (She started when she was clearly only 8 years old). Lizzie is a Gomshall local so when sheâ€™s not helping us run things day to day sheâ€™s on the other side of the bar with everyone in the village savouring a Grapefruit Gin and tonic. Eyes on the prize Lizzie has taken on the events planning for us and sheâ€™s already proven her worth with plenty coming up in the future. Sheâ€™s not always been with us here at the Gomshall Mill as Lizzie loves nothing more than jetting off to sunnier isles, having spent 3 months of last summer touring America and this summer sailing boats around Croatia. We canâ€™t wait to see what you do next Lizzie!

Never without a smile on her face, Jenny is a Gomshall girl to the bottom of her shoes. She is a great waitress, a hard worker and she loves a tipple or two (Anchora Rose if your asking) at the end of her shift, before heading home to be with her young family.

Joe started life with us on the other side of the bar, Hogstar in hand mingling with the locals. We managed to convince him to join us, eventually! He has a great background in hospitality both front and back of house after working as a chef in a local fine dining restaurant for 4 years and studying hospitality at college. Joe has worked his way up to supervisor and has brought such organisation to our cellar we are lucky to have him! When heâ€™s not pulling pints youâ€™ll probably find him in the gym or checking out the other local pubs with his friends.

Sergio has been on and off part of the B&P family since 2013, he clearly loves it here as he keeps coming back. Gomshall Mill has been his life since the beginning and heâ€™s seen it through itâ€™s many changes. What you may not know about Serge is heâ€™s a real gym bunny and when heâ€™s not at the gym heâ€™s tending to his allotment. Serge says he doesnâ€™t have to worry about it much though as the English weather does all the work for him.

We know her as Hovis but her real name is Ann. Hovis has been looking after our award winning gardens for over two years now and is still pushing perfection.

We can now take garden bookings from 2 households or groups of up to 6 people from mixed households (including children), to enjoy some alfresco eating and drinking from April 12th until May 17th. You can book up to 6 people online but for any bookings over 6, please contact the pub or alternatively, we are keeping some tables aside should you just want to pop down and enjoy a drink or a bite to eat without a booking.

We kindly ask, if you are booking a table, please stick to the booking time or give us a call if your plans change and you can’t make it - we have limited tables available outside, so we unfortunately won’t be able to hold onto tables.

Whilst we are obviously all keeping everything crossed for good weather, it’s best to come prepared for every eventuality, so wrap up warm, bring a blanket and perhaps even an umbrella, just in case. If the heavens do open, we’re really sorry but we won’t be able to allow you to shelter inside the pub. 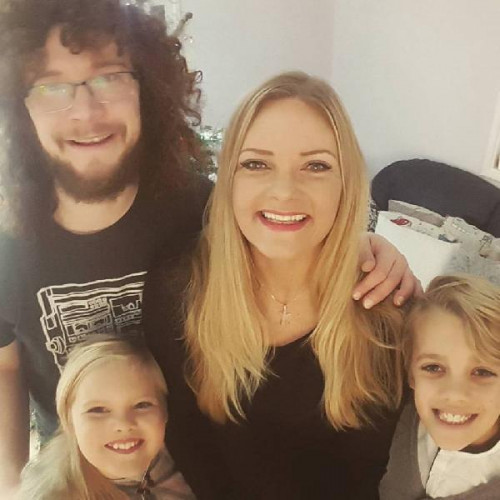 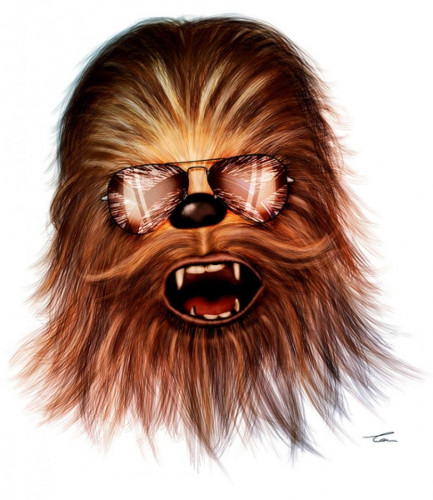