The land on which the Bailiwick stands was originally part of Wick Common, but was taken by encroachment at the end of the 1790's by the simple method of "build your house and have a fire going within 24 hours", which gave you full rights to remain there.

The original building was a bungalow built by John Cheeseman at that time, but this was replaced in 1877 with the building that stands now, which was a house with a shop, built by john Cheeseman's grandson, Robert George Cheeseman. 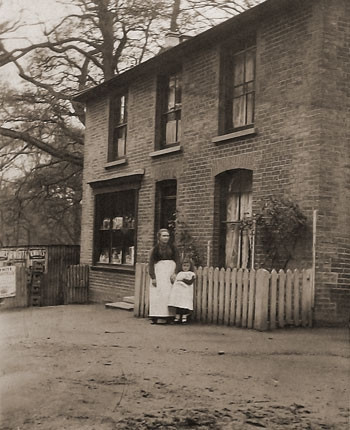 The photograph on the right of the front door as you enter was taken in about 1907, and features Mrs Frances Cheeseman, wife of William Cheeseman. He took over the shop, general store and beer house from his father and ran it until his death in 1944, helped by his daughter Frances, the little girl in the photograph, the eldest of his 4 children.

During the war, these was much activity in the area to support the war effort. Smith's Lawn was used for the assembly of, for example, high altitude Wellington bombers. 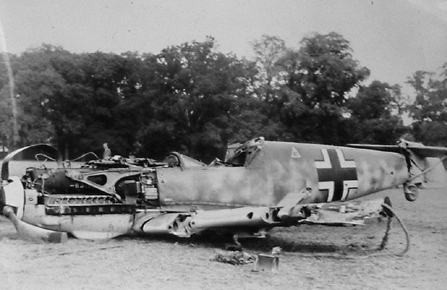 There were two brick hangers, one situated near the road that comes in from Cheeseman's Gate, where fuselage sections were built. During the war, 64 Wellington Mk VIs were assembled on Smith's Lawn and some aircraft were modified to carry an airborne lifeboat quite possibly tested on Virginia Water which still had some water in it. Two examples of this lifeboat, that would be dropped to ditched airmen, remain at Brooklands to this day.

For most of the war, this whole area, including Virginia Water, was closed to the public although young lads sometimes sneaked through the surrounding woods to watch what was going on.

On one occasion an air battle took place overhead resulting in a German Messerschmitt ME 109 crashing in the Cavalry Exercise Ground. Amazingly the pilot was thrown clear of the aircraft and walked away almost completely unhurt, and was taken prisoner by a passing Hurricane pilot from the New Zealand Air Force, Frank S T Dill, DSC, who was subsequently promoted to Air Commodore, became an MP in the New Zealand parliament, Minister of Defence and New Zealand ambassador to the USA.

Windsor resident Mr A A Newport, when a small boy, recalls seeing the plane come down. He writes: "It landed between poles about 30 feet on the west side of the road, facing east." The poles were designed to seriously damage any aircraft that attempted to land and succeeded in ripping off the wing tips and causing it to somersault at which point the pilot was thrown clear. 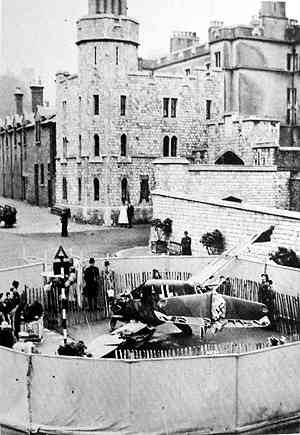 The wreckage of the crashed Messerschmitt was put on display, and people were charged a shilling to view it, with the proceeds going to a war charity.

Claudette has spent a few years honing her craft in the bars and restaurants in her home town Tunbridge Wells. She was previously the Deputy Manager at The Nevill Crest and Gun but has now moved on to pastures new here at The Bailiwick. Away from work she loves to go on holiday and is a big fan of the USA! She is a HUGE fan of the TV show Friends, loves anything to do with Christmas and an avid skier (well tries to be!). She is also a proud mother of two cats.

Lee is normally a very quiet member of the crew, although we suspect that on the quiet he is a bit of a lad. He has been with us since 2000, when he started as a Kitchen Porter, but he has since taken The Kitchen Plunge. He is known as "Bus", but no-one will say why, so assume it's rude.

Peter has been with us for many years. He is an extremely hard worker and a perfectionist when it comes to his dishes. An adrenalin junky, he often boasts having survived five extreme rides at Thorpe Park. Big man.

Give us a call if you're bringing your four legged friend

Please use this calendar to book a table. However unfortunately we can't guarantee all tables are dog friendly so if you're planning on bringing your four legged friend, please give us a call and we'll be happy to take your booking over the phone.

Use the calendar to book a table. If the time you're after is not available, give us a call and we will try our best to fit you in. We keep some tables for phone bookings.

We don't reserve any of our outside tables so if you enjoy a little alfresco dining these are first come first serve. 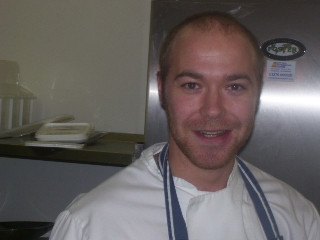 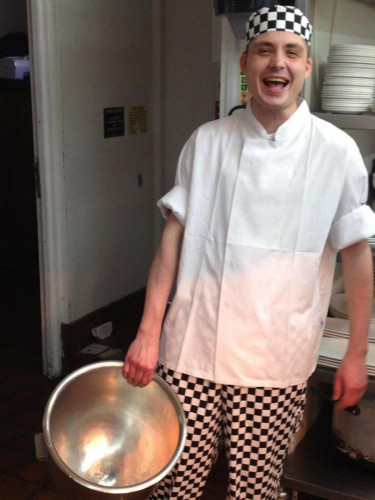