Get directions to The Haycutter 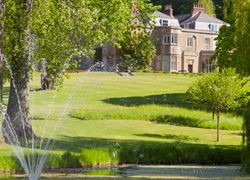 Titsey Place is an English country house near Oxted in Surrey, England. It was successively the seat of the Gresham and Leveson-Gower families and is now preserved by a charitable trust for the nation. 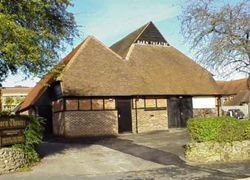 The Barn Theatre, purpose built as a local community theatre, was opened in 1924. It is largely constructed of timbers from a local 13th Century saw-mill and still serves its original purpose of linking the town of Oxted and the village of Limpsfield to provide a venue for social events. It now hosts plays, musical evenings and a variety of other entertainments by resident and non-resident local societies. 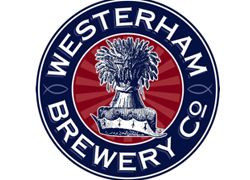 Dating back to the early 1600's and re-established in 2004 by Robert Wicks it revives the much loved flavours of the Old Black Eagle brewery which closed in 1965. 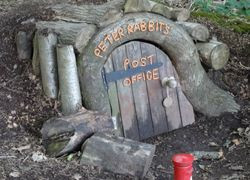 Limpsfield Common was used by commoners for grazing their animals and collecting stone and firewood. Now, with its extensive network of footpaths and bridleways through patches of open heathland and large areas of woodland, the Common is a perfect place to enjoy the countryside, whether walking, cycling or horseriding. There's an old Roman road to saunter along too. Limpsfield Common is also a good spot for family outings and picnics, with open, mainly flat, spaces to run and explore. There are magnificent beech trees, some around 200 years old, and the woodland is carpeted with bluebells in spring. Also look out for the partly hidden, recently restored (to its war time condition) Second World War air raid shelter - experience what life was like during an air raid on a guided tour.

Dogs of the well-behaved and on-the-leash variety are welcome everywhere in the pub except our Garden room and Private Dining room.

First off, life revolves around the bar, so that's where to head for drinks, menus and to find out where you're sitting if you've booked.

If a table isn't reserved you're welcome to sit at it and have a bite to eat or drink. If you can't find a table, ask and we'll try to find one for you.

Inside - You're welcome to head to the bar for a drink and then find a table where someone will come and take your order.

Outside - Please find a table, note its number and then order at the bar when you're ready.

If you are eating outside it is a great help if you could make a note of your table number before ordering at the bar. 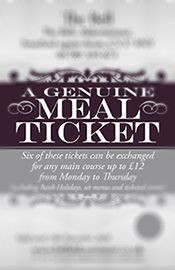