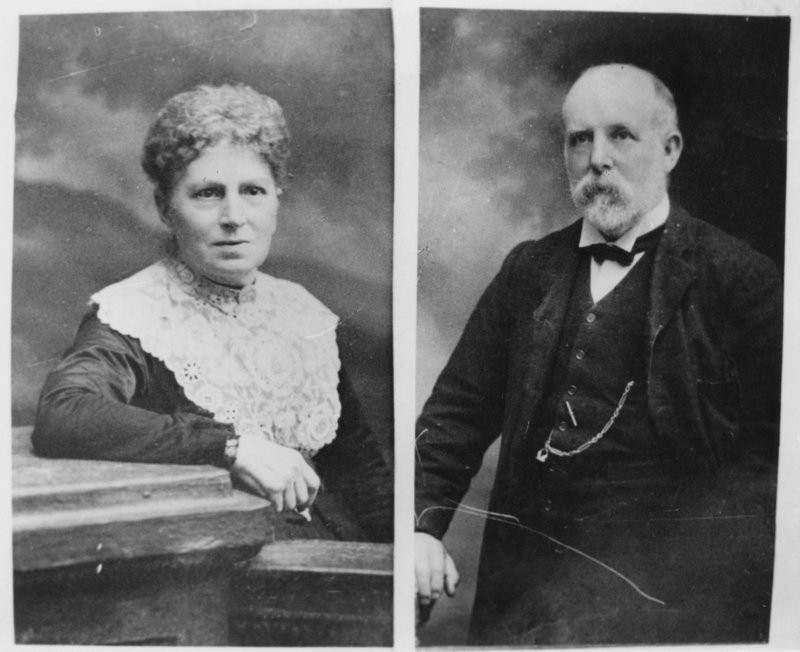 The landlord William Mobsey in 1903
and his wife

The original building dates from 1733 and became a pub in 1785, but this building was demolished in 1900 when a fire partially destroyed the living accommodation and revealed the old house to be in an advanced state of dilapidation. The current building was completed in 1901 and for several years served as a hotel. 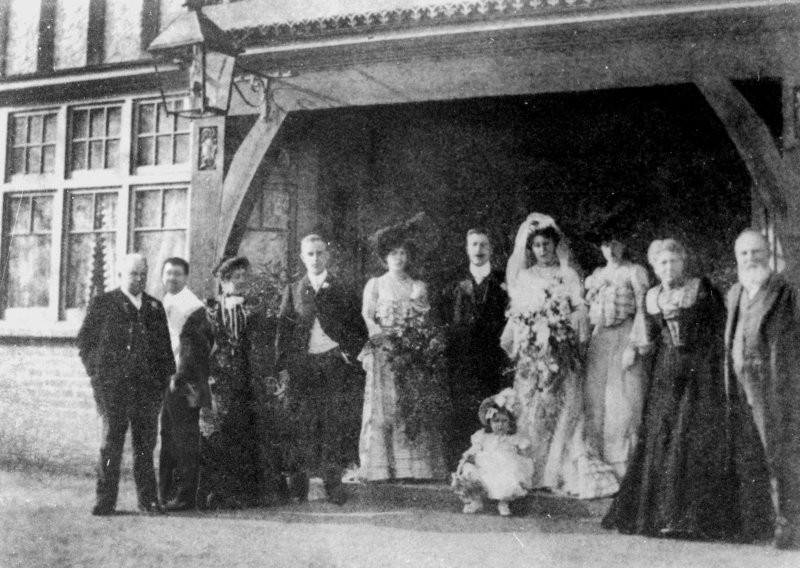 The list of owners of the premises, from Isaac Goodwin in 1733, sounds like a who’s who of local brewing history, and also reflects the national trend of bigger, regional breweries taking over from independent family owned-businesses. Bridge Brewery in Tonbridge, the Dartford Brewery Co. Ltd., Style and Winch Medway Brewery, Barclay Perkins & Co. of London, Courage and Barclay Ltd and, ultimately, Greene King successively bought the Greyhound, as it was then known. Brunning and Price took the lease and renamed the pub in 1986, beginning the transformation into the busy, bustling pub of today. We originally had the Hare on a tenancy from Courage, but after a year, they offered to sell it to us for £252,000, on a take-it-or-leave-it basis, no negotiation. We thought it was a fair price so we accepted. A few days later we were discussing it with 3i’s ‘Industry Sector Specialists’ in Birmingham, who persuaded us to write to Courage and offer them £170,000 instead. We heard nothing so we telephoned but had to leave a message. Still we heard nothing so we left another message. Still we heard nothing so we faxed. That was it, until a letter arrived telling us the pub had been sold to Greene King - and so we became Greene King tenants. Fortunately they’ve turned out to be a much better crowd than the national breweries, and apart from being nice people (or because of it), they make great beer.

If we hadn’t listened to 3i we would have owned the freehold outright, but we did, so we don’t. These days, we trust our own judgement. We duly plotted the experience on our learning curve, and beat ourselves around the head with it every time it comes to a rent review.

Sheniece came to join us from one of our pubs in west sussex, where she had fondly spent the last 3 years since returning from her travels around the world. With pubs being the family business she's been pouring pints since she could reach the pumps, and is excited to now call the Hare home. If you don't find her in the pub then you are likely to find her wandering the Kent countryside with her Cocker spaniel puppy Murphy.

Carla joined the crew in 2018 and quickly progressed up the ranks to her role as Assistant Manager. Before that she worked behind the scenes on film sets! When sheâ€™s not working she can be found walking her gorgeous, ball-obsessed cocker spaniel Marley. She likes to ski, but knowing her love for a New Zealand Sauvignon Blanc we reckon itâ€™s the AprÃ¨s sheâ€™s most keen on! Did we mention she loves Cher?

Nicola is also part-time Cabin crew for BA, have travelled and adventured world-wide, Africa and India are two of her favourite destinations. She loves the great outdoors, so Nic spends a lot of time walking locally with her little Greek rescue dog and also in the summer Kayaking local rivers. She has a passion for Conservation both locally and the world over. She enjoys cooking with a glass of red wine or a Gin and tonic at home!

Affectionately known as the â€œblonde one behind the barâ€. Emilyâ€™s used to being rushed off her feet, she has four young sprogs at home to keep her out of trouble â€“ we know, she doesnâ€™t look old enough. Loves a drop of the Guvâ€™nor after a busy Sunday lunch.

Natalieâ€™s been a part of the Hare crew for 10 years, thatâ€™s quite the achievement in our book! She loves to be creative, so weâ€™ll always seek her out when we need a display or a board writing. Infamous for being able to walk miles in her beloved flip flops.

A former publican herself, Tina was Bar Manager at the Tunbridge Wells Assembly Halls for 9 years. Itâ€™s fair to say sheâ€™s seen a few famous faces in her time there, but sheâ€™s not one to name drop! Known for her home-cooking, sheâ€™s often bringing in treats for us, most notably her delicious fudge!

Originally from up north, no we donâ€™t mean Watford, weâ€™re talking Darlington here. Rachel moved down south in 2017 to begin her career with British Airways. When sheâ€™s not jet-setting to 44 different countries sheâ€™s keeping herself busy with her house renovations.

Cool, calm and collected, our Head Chef Gabi has been leading the kitchen here since 2010. You can spot him wearing his favoured bandana in lieu of a chefs hat. At our Christmas party he revealed he can drive a tank, so if youâ€™ve got one that needs moving, heâ€™s your guy! Gabi is a busy man with two little ones to look after as well as a burgeoning allotment.

Cvyatko (pronounced Tsetso) is originally from Bulgaria where he had his own pub. Before he moved to the bright lights of Tunbridge Wells he spent some time in the Vermont where he worked at a floating restaurant. Still uneasy on solid ground, Cvyatko spends his days off entertaining his two little boys. If he offers you an iced tea, take it â€“ his is the best! If he offers you a Boza, not matter the health claims, drink at your peril!

Scott joined us in 2018 from Strada along with his best buddy Andrew, theyâ€™ve been friends since they were 7 years old! He started his chef career at the tender age of fourteen, and has been on the up ever since. He loves to game, and spends his free time playing war hammer and enjoying a drop of cider!

One of the foundations of the kitchen, Chris started with us in 1997 and is still going strong keeping everything going. He works overtime every week to keep the kitchen spotless, and on top of that he makes a mean sticky toffee pudding.

Janet started at the Hare in 1987, long before Brunning and Price took the pub, and is a mother figure to the crew new and old. She is one of the rocks on which the pub is built, and when you phone the pub in the morning it is more than likely that she’ll be the one helping you. 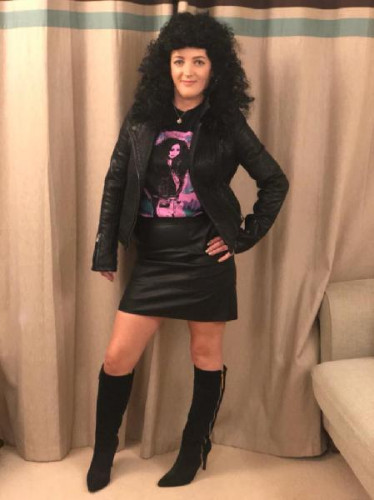 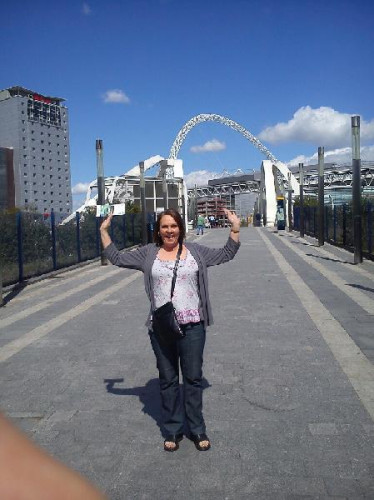 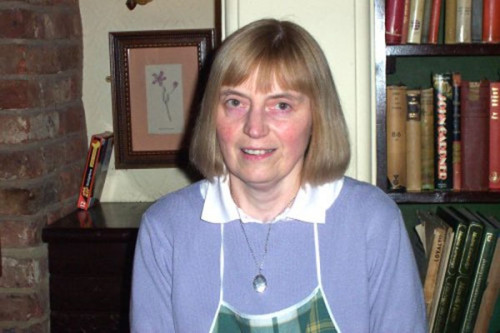