Some deep history of the settlement of Haighton

The first reference to Haighton comes from the Domesday Survey, when it was known as Halctun. The vast majority of people could not read or write in those far-off times, and as with all place names of the era, the name evolved phonetically to become Aulton by 1200, then Halicton and by 1278, Haighton.

Haighton was a farming community, and was included in the fee of Earl Tostig of Preston. After the Norman Conquest, the land became part of the royal possessions, many of which were subsequently divided amongst the Gallic invaders as rewards for services rendered, and in 1212 the land was recorded as being held by Gillemichael de Haighton. By 1297 the township was part of the estates of the Earl of Lancaster, and required to render 2 shillings a year to the earldom.

For centuries the township of Haighton was part of the Manor of Alston held by the Hoghton Family of Hoghton Tower. It was a small community clustered around the perimeter of the green on which residents could graze their livestock. The area was largely undeveloped until the nineteenth century: in fact, the road outside the pub dates from the enclosure of the green in 1813.

An indenture dated 1651 relating to fields just east of the hotel, refers back to a time when the land was 'late part and parcel of a messuage and tenement commonly called Houghton House sometime heretofore in the tenure of Richard Hoghton of Park Hall'. We believe that this Houghton House is the building now known as Haighton Manor.

In the late seventeenth century the house was owned by the Cardwells, who were wealthy landowners and tanners of Barton. When Richard Cardwell died in 1690, his inventory revealed that much of his wealth was in livestock suggesting that he had farmed the land around the manor. The house and land were sold to the Loxam Family of Longton.

After a century the property was in need of some modernisation and this was to come following an indenture of 1744 which recorded that William Loxam had sold 65 acres and the old manor house to Henry Haighton of Lees in Bowland. During his residency, Henry made alterations to the original building to reflect his social standing. The west cross wing was refurbished and the faÃ§ade updated with elegant Georgian windows. The rainwater hoppers on the front of the building, dated 1772, record Henry and Mary's improvements to the property.

Henry died in late 1772 and was buried in October at All Hallows Church in Mitton. It must have been a distressing year for the family because two of his daughters also died that year before their father. Elizabeth died in May and Alice in March; both are buried in Mitton. Perhaps it was their deaths that prompted Henry to make a detailed will in August 1772.

We know that Henry Haighton didn't die in bed because the court case in September 1774 reveals that his list of assets included no less than £4 7s 11p found in his pockets. This was a considerable sum equal to about £500 in present value. His property portfolio was substantial: he had estates in Whitttingham, Dilworth and Thornley and a share of an estate in Rathmell, Yorkshire. All of these properties would have provided rental income.

On Henry's death, all his estates, except Haighton, were to be sold to pay his debts and to provide an investment income for the daughters; the Haighton estate was to be leased or rented to provide further income. His wife Mary was to receive 'one bed, bedstock and bedding' and £40 per year. However, son John was to receive only 5 shillings per year as according to Henry he 'had already taken a considerable sum of money from me'.

Mary, Henry's widow, died in 1785 and was also buried at All Hallows in Mitton.

Land tax records indicate that the Haighton property was still in the ownership of the family up to 1798 although it was occupied by a tenant, John Dickinson. At the end of the eighteenth century the house and land was bought by Mr Evan Gerrard, another local landowner. Thirty years later it was resold to Richard Newsham, a Preston banker whose art collection formed the basis of the Harris Museum collection. He leased the estate to a local farmer until his death in 1883. The property was left to a relative, William James Farrington, who subsequently leased it to the Committee of Whittingham Asylum.

In 1910, the hospital committee purchased the property with 104 acres for £5600, and it was used initially as an office for the Committee of Visitors, the body which ran the establishment, and subsequently as accommodation for patients working on the land.

Whittingham Hospital itself was a purpose-built hospital for the mentally ill dating from the 1870's. As an aside, some fascinating facts about the life of hospital staff have come to light: thanks to Phil Knapman and Ken Ashton for these details, from their history of Whittingam Hospital, "Asylum"

...staff had to be on duty by 0600 and retire to bed by 2200. They were allowed to go out one day every three weeks and one Sunday every month. Any 'attendant' who lost a patient, had to pay the expenses incurred in their return to the hospital.

In 1901 the introduction of 10/- (ten shillings - (50 pence today)) per week was introduced for staff on annual leave in lieu of rations. The attendant staff wanted a shorter working week at this time, as their recorded working week was 98 hours! Annual leave at this time was; 10 days for Attendants; 12 days for Second Charges and 14 days for Charge Attendants. The daily diet of patients and staff included one glass of ale which was brewed on site in the hospital's own brewery! 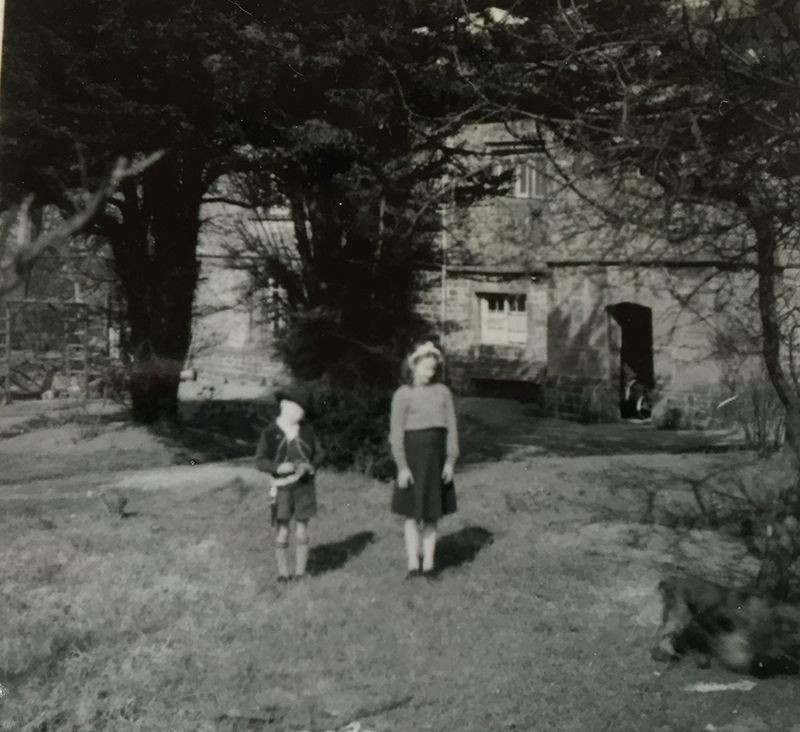 Val Williams fondly remembers living in Haighton from 1950 to 1957 with her parents Charles and Mary (or Molly as she was to everyone) who were both nurses and brother Brandon.

At that time the manor was split into two with a dividing door as you entered the main doors. Left led to Val's family home, with a curved staircase and banister, (perfect for sliding down) and right to where the patients stayed.

Outside the great front doors where the road leads into the car park was a beautiful orchard and a garden growing every berry imaginable. Most of the food eaten at the manor was grown within these gardens, which were tended by the patients as part of their rehabilitation. Anything else needed was purchased from the Co-op lorry that visited (along with the library lorry) every two weeks. Val remembers stories of a cellar that runs under the building that had been filled in many years previous, but had been reported to have had tunnels running off it. There were also tales of a nun who could be heard ringing a bell at midnight to show her displeasure. However, Val seems to think that all could have been made up by her father. At the time Whittingham Hospital and Haighton were ground breaking in their work with new mother's suffering with post-natal depression, something that had only just begun to be recognised and Val remembers enjoying mixing with the patients.

Haighton Manor remained part of the hospital estate until the late 1960's. Plans to convert the historic property to an eating establishment were submitted to Preston Planning Department in 1967 by J S Taylor & Co, and Haighton Manor opened as a restaurant in the early 1970s.

When Brunning and Price discovered it, the building had been embellished with mock cornicing and even the odd gargoyle. We stripped back any later editions and concentrated on restoring the building to its former glory, opening up chimneys and cleaning the beautiful stone floors. We added a garden room to the side of the building to really maximise the views across the beautiful surrounding fields.

Many thanks to Carole Knight and Jude O'Gorman for their invaluable contributions to the history of the property. Their website can be visited at: www.househistorians.co.uk.

And huge thanks to Val Williams for her memories and lovely photographs.

Steve is a Lancashire lad that originally joined us back in 2014 when he opened the Aspinall Arms. After a couple of years at the Aspinall he went over to Haighton Manor in Preston before taking his first role as Landlord at the Bull in Skipton. He has now taken on the responsibility of coming back to Haighton Manor to run not only the beautiful pub but the four bedrooms that come with it. Steve has a bit of a soft spot for our company as this is where he met his wife Anna. They now have two beautiful little girls, Millie and Esmée, who we're sure you will see around, just not working quite yet.

Jake has recently moved here from one of our sister pubs. He brings a wealth of knowledge about the bar. When not pulling pints he enjoys movies and reading a good book or walking his dogs Charlie and Maisie.

Becky has three wonderful children; James, Harry and Emily. When she isn't here she is usually being the taxi for their after school activities or on a family camping holiday.

Charlotte is one of our part time employees as she works at Haighton along side a second job. She graduated in communications and public relations back in 2019 and hasn't looked back since. Her favourite part of the job is meeting and chatting to new people.

Char, as she is known here, works full time and loves nothing more than showering all the dogs that come in with lots of praise. When she's not at work she love nothing more than going to the theatre with friends.

Alex recently joined our team full time and is going to be working while training to work in theatre production. When she isn't at work she enjoys watching the shows she will one day be helping to create.

Ribhi has joined the Haighton Manor family after working as Head Chef at the Stanley House Hotel in Mellor, Lancashire. Ribhi's passions in life are great food and great service and when he's not in work cooking up a storm, his priority is to spend time with his wife, family, friends and children Joshua and Zachary. His knew found love for the gym has got him great shape and he looks fantastic (even if we do say so ourselves).

Dave is a real pleasure to have around, he's someone that anyone would struggle not to get along with. Having been Ribhi's best man and his best friend for the last ten years they certainly work like a well oiled machine in the kitchen. In his spare time Dave enjoys nothing more than relaxing and catching up with friends, or just all the TV shows he's missed.

When John isn't working hard here at Haighton Manor, he keeps himself busy by running a WW1 related website and researching his family history, alongside as many fishing trips as the weather will allow. 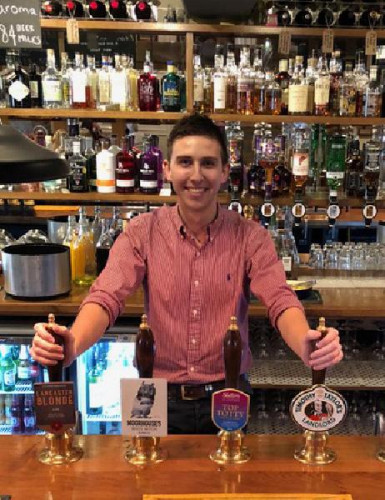 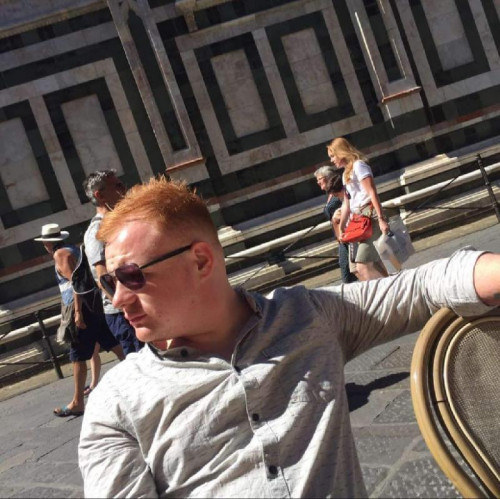 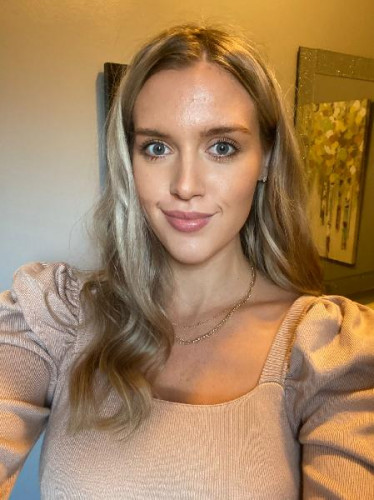 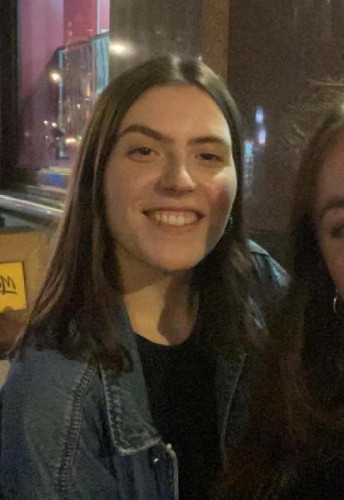 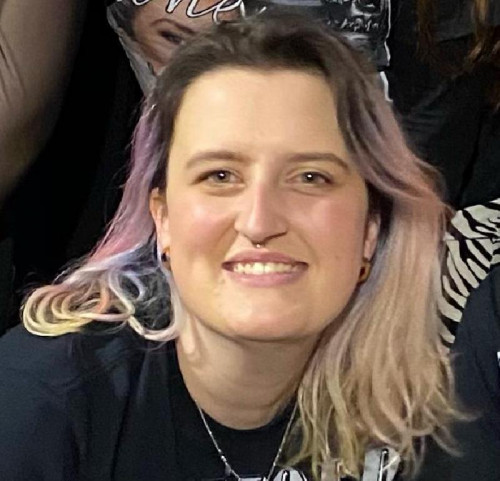