The history of Edgbaston

It challenges belief, as you drive past the great Universities, teaching Hospitals, professional institutions and broad avenues lined with grand villas, that Edgbaston was once a small hamlet nestled deep in the countryside, clustered around what is now the Old Church and Edgbaston Hall.

At the time of the Domesday Book of 1086, so insignificant was the settlement that it was misspelt by the scribes as 'Celboldistane' (not the first error recorded in that great tome). Edgbaston can be transcribed as the village of a man called Ecbald (meaning bold sword), with the suffix 'tun', or farm, and was given a value by the assessors of 30 shillings.

By 1717, the manor had been for 300 years part of the estates of the Middlemore family. During the Civil War, Richard Middlemore, as a staunch Catholic and royalist, found himself on the losing side, and his estates were sequestered in 1644 and handed over to the local Parliamentary garrison under the command of Colonel John 'Tinker' Fox. The location of the house was important as it guarded the main roads from strongly parliamentarian Birmingham to royalist Worcestershire.

So unpopular was Fox - described at the time as '..a low-born tinker', whose troops 'rob and pillage very sufficiently' - that at the end of the Civil War, on the accession of William and Mary, local residents came out and set fire to the manor house and burnt it to the ground.

Richard Middlemore died in 1647, and his son Robert subsequently petitioned for the return of the family estates. As part of the settlement, his son Richard, aged three at the time, was placed under the protection of Sir Edward Nichols of Eaxton in Northamptonshire as his ward, to be bought up a Protestant.

Two generations on, in 1717, Robert's two granddaughters and heirs sold the Edgbaston estate and manorial rights for £20,400, a vast sum, to Sir Richard Gough, whose family, wealthy wool merchants held Perry Hall, a morning's ride to the north.

Sir Richard Gough immediately set about building the current Edgebaston Hall in neo-classical style, replacing the house that had been destroyed. 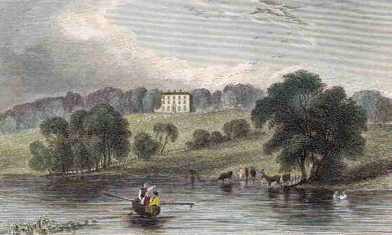 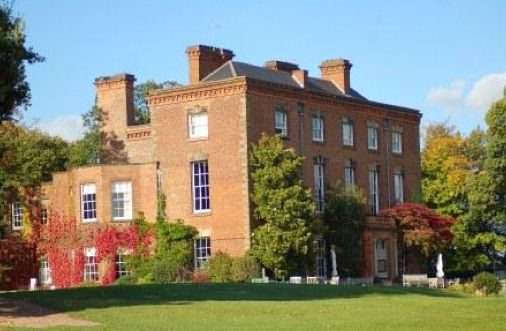 Sir Richard Gough's son and heir Henry prospered after his father's death, completing the works on Edgbaston Hall and adding some 300 acres to the estate to bring the total curtilage to some 2,000 acres. During this time, he employed the radical landscape architect Lancelot 'Capability' Brown to re-figure the parkland around the hall.

Henry's first wife died and he subsequently married Barbara Calthorpe, herself a member of an immensely wealthy family. After their deaths, and following the death of Barbara's brother, the Calthorpe estates passed to their son, also called Henry who took the name Gough-Calthorpe in 1788. He was subsequently created Baron Calthorpe in 1796, two years before he died. 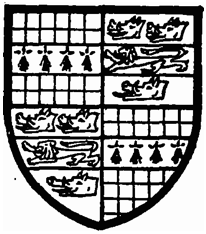 The Gough-Calthorpe coat of arms

The development of the estate gathered pace in the early 19th century. The 3rd Lord, George Gough-Calthorpe (1787 - 1851), expanded his holdings by buying additional land to bring the whole to some 2,500 acres. Not only was the essentially tranquil and unspoilt nature of the area appealing to prospective residents, but it lay to the South-East of the city, and the prevailing winds carried much of the smoke and pollution of the expanding industries northwards.

George Gough-Calthorpe was greatly assisted by his land agent, John Harris, and many leases were granted allowing the building of prosperous merchant and professional houses: the first foray into leasing plots for residential use happened at Five Ways between Hagley Road and Harborne Road, a stone's throw from the Physician.

To facilitate this expansion, numerous roads and tree-lined avenues were laid out, with close control being kept over the size of plots and the quality of the architecture: indeed by 1850, some 29 roads had been built, but no industry - or even shops - were permitted.

Residential building extended along the Hagley Road and Harborne Road to reach Portland Road by 1863. It is believed that the property at 36 Harborne Road, now the Physician, was commissioned. By this date, Nigel Thompson tells us that the number of leases had shot up to 1,100 - but still the area retained its genteel residential quality and became the home of many of Birmingham's rich and famous. By 1880, the population had risen to 22,700, under the successive stewardship of the Fourth Baron (Frederick Gough-Calthorpe: 1851 - 1868) and the Fifth Baron (Frederick William Henry Gough Calthorpe: 1868 - 1892). 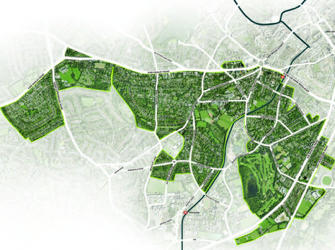 A map showing the extent of the Calthorpe estate

In 1900 many gifts of land were given to the University of Birmingham, totalling more than 90 acres. A further 120 acres were also sold to the educational institution. In addition, much land was given to the Queen Elizabeth Hospital, as well as to Calthorpe and Cannon Hill Parks and the cricket ground land was also given to the Warwickshire County Cricket Club.

The manor descended through the unbroken male line until the death in 1910 of Augustus, the 6th Lord Calthorpe, when it passed to his eldest daughter Rachel. She subsequently married Fitzroy Hamilton Lloyd-Anstruther, who changed his name by royal licence to Fitzroy Hamilton Anstruther-Gough-Calthorpe (tricky on his school uniform name tags). Rachel's grandson is the present lord of the manor, Sir Euan, 3rd baronet.

Edgbaston's link with medicine goes back to the very beginnings of modern medicine, in 1765, when a committee was formed to establish a hospital for Birmingham. Sir Henry Gough was a member of that committee. After a rocky start due to lack of funds, a site was purchased and work began on the construction of the hospital, greatly aided by proceeds from the Birmingham Music Festival, which was held over three days in 1768. The Music Festival continued to fund the hospital into the 20th century.

An interesting medical figure connected with Edgbaston, and ultimately with our own 36 Harborne Road, was the distinguished Victorian surgeon Joseph Sampson Gamgee, inventor of the Gamgee surgical dressing, a soft and dry tissue used in the dressing of wounds to combat infection, used widely during the Crimean War.

The name Gamgee may well be familiar to you as being a character in the Lord of the Rings: Samwise Gamgee was Froddo Baggin's loyal hairy-toed companion in his quest. In his personal letters, JRR Tolkein, a resident of Edgbaston, identified the origin of Samwise's surname as being the colloquial term for the surgical dressing.

Incidentally, while we're on the subject of JRR Tolkein, he based his model of the Two Towers in Lord of the Rings on the Gothic folly built in Edgbaston in 1758 by John Perrot: 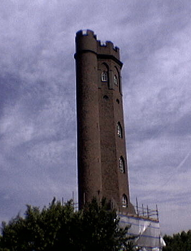 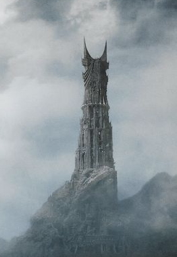 One of the Two Towers, as depicted in the film Lord of the Rings

Dr Gamgee was a surgeon at the Queen's Hospital, Birmingham (later the General Hospital), and championed the further education and development of doctors and surgeons. He helped establish a large medical library and meeting rooms where medics could meet and share knowledge, and the Birmingham Medical Institute (BMI) opened in 1875, within Queens College before moving to large premises in Edmund Street which contained a library and lecture theatre.

In 1924, the BMI moved to a converted warehouse on Great Charles Street before moving again in 1957, at a cost of £42,000, to our very own 36, Harborne Street - the progenitor of the name the Physician.

The rear of 36, Harborne St, showing the newly-constructed lecture theatre and meeting rooms.

The extensive library, eventually numbering some 12,000 volumes, was initially stocked by local doctors and surgeons who often donated their own medical libraries to the institute, but was given additional substantial funding by the Birmingham Hospital Saturday Fund. In 2005, the library at 36 Harborne Street was officially named 'The Sampson Gangee Library for the History of Medicine', and Dr Gangee's portrait had pride of place in the elegant wood-panelled room.

The BMI has now moved on to more modern facilities, and the chance to take on such a wonderfully characterful property was an opportunity not to be missed. While Sir Henry Gough-Calthorpe might not have originally envisaged having a pub restaurant as part of the estate, we will do all we can to add to the character of the oasis in the heart of the city that is Edgbaston, and play our part as a full and active member of the community.

Lisa is originally from Southampton but after graduating in graphic design at Nottingham University she headed for the bright lights of London and developed a very successful career in hospitality. Lisa has an absolute wealth of pub management experience and has a total passion for all things food, wine, beer, cider, gin, whisky, rum.. life in general. After relocating to Birmingham from London the chance to take up the reins at the Physician was too good an opportunity for Lisa to miss and with her big personality, entrepreneurial flair and infectious enthusiasm we snapped her up straight away.

A Cornish lad at heart, Matt made the move "up north" a few years ago to assist in the opening of a restaurant in Stroud before moving to run a traditional Cotswold pub near Cirencester. A self proclaimed "oldie" at heart, Matt prefers his slippers and a glass of wine to a nightclub dance floor! A new additional to the BnP family, he comes with a passion for cracking wines, gins and local beers.

Nikki started her working life in childcare, which she enjoyed for more than a decade, but eventually decided that it wasn't the path for her. She found the Physician just before it opened which was almost 3 years ago this November. She has since decided that this is where her heart and soul belong and she feels very at home. During her 3 years here she has worked very hard to progress to the role of Assistant Manager. She has recently enjoyed being part of the new openings training team which is an amazing opportunity and really exciting. Who wouldn't want to play in a new and shiny pub! She has said that she always loves to return to her Physician Family. Her other loves in life are playing football and having one or two cheeky Tia Marias at the end of her shift!

Front of house
Back to top

If you are planning on bringing your dog, please call us to make your booking and let us know, as these tables will be around the bar only, which aren't available to book online. 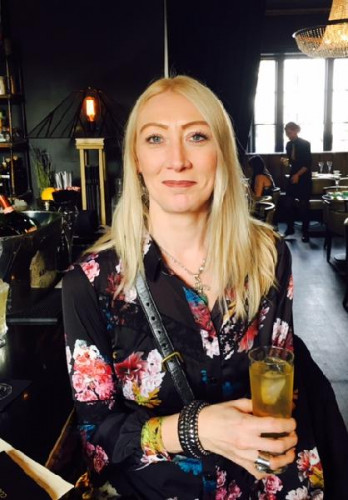