The Morris Dancer can claim to be Kelsall's oldest surviving public house. 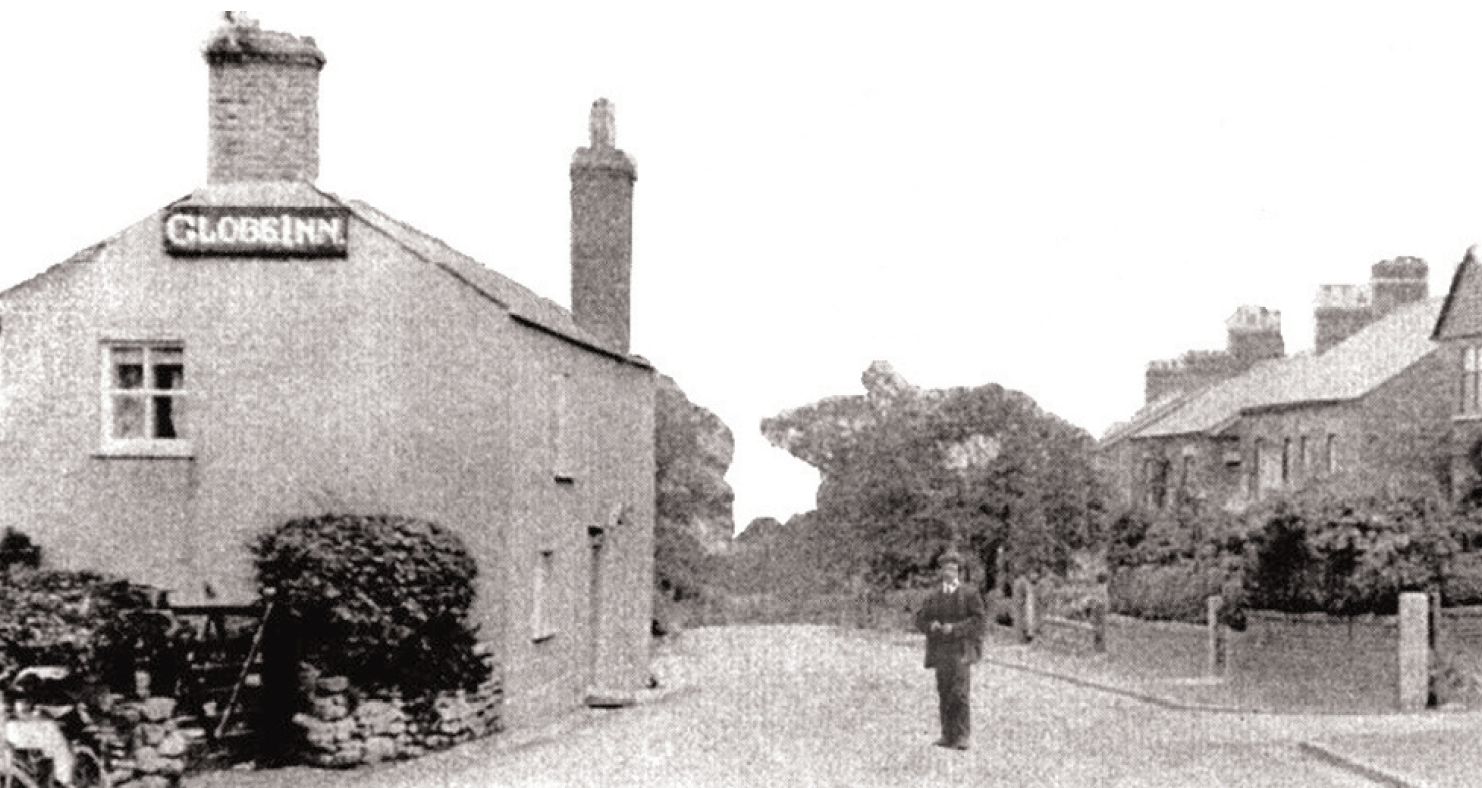 For most of its history it has been known as The Globe and can be dated back to Cheshire records of the 1630s. It may well have been there earlier.

Alehouses began to flourish after Henry VIII ordered the dissolution of the monasteries in 1536. Up until then the monks had had a virtual monopoly of the manufacture and distribution of ale and the provision of board and lodgings for the poor, and also travellers - particularly pilgrims, the tourists of their day.

The Globe Inn was located along the old Watling Street route; also close to where it was joined by a branch track connecting with the road through Tarporley to London. Chester was still the main port for Ireland. Pub licences were first issued in 1552, but the earliest Cheshire records are from 1629. Ten licences, including The Globe, were issued in Kelsall between 1630 and 1636. Six alehouses are recorded in 1630, but unfortunately the research available does not specify which landlord was at The Globe itself. There was one alehouse for every 10 households.

This trend continued and by the early 19th century Kelsall had three times as many hostelries than most mid-Cheshire villages. The road enhanced the local economy by providing custom for three inns and several beer houses. It provided work for the smith and the saddler and was one of the two great influences bringing prosperity to the village, together with the forest. 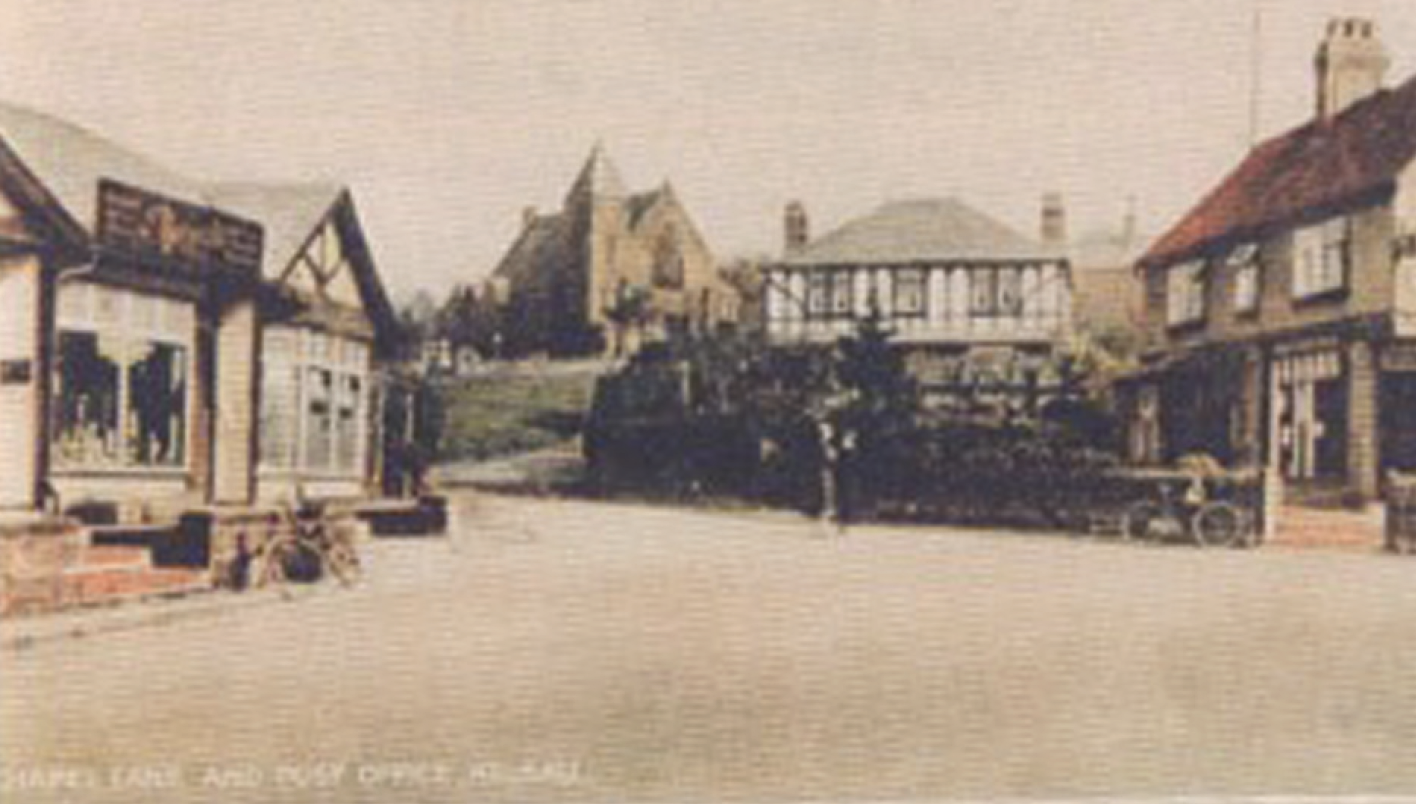 In 1812 what was left of the medieval Royal Forest of Delamere ceased to be the property of the crown by Act of Parliament and although the crown retained some property, some was reserved to be administered by what became the Forestry Commission and the rest was allocated to private owners, which resulted in the expansion of villages such as Kelsall.

This brought trade to local inns and increased pressure on Turnpike Trustees to go ahead with their long awaited scheme to bypass the Coach Road in Kelsall, and link up with the Hartford Turnpike at the top of Kelsall Hill where the Toll Bar cottages now stand. The Globe stood at the point where the old Coach Road met the new Chester Road. An ideal location for a coaching inn as transport and travel expanded in the 19th century. 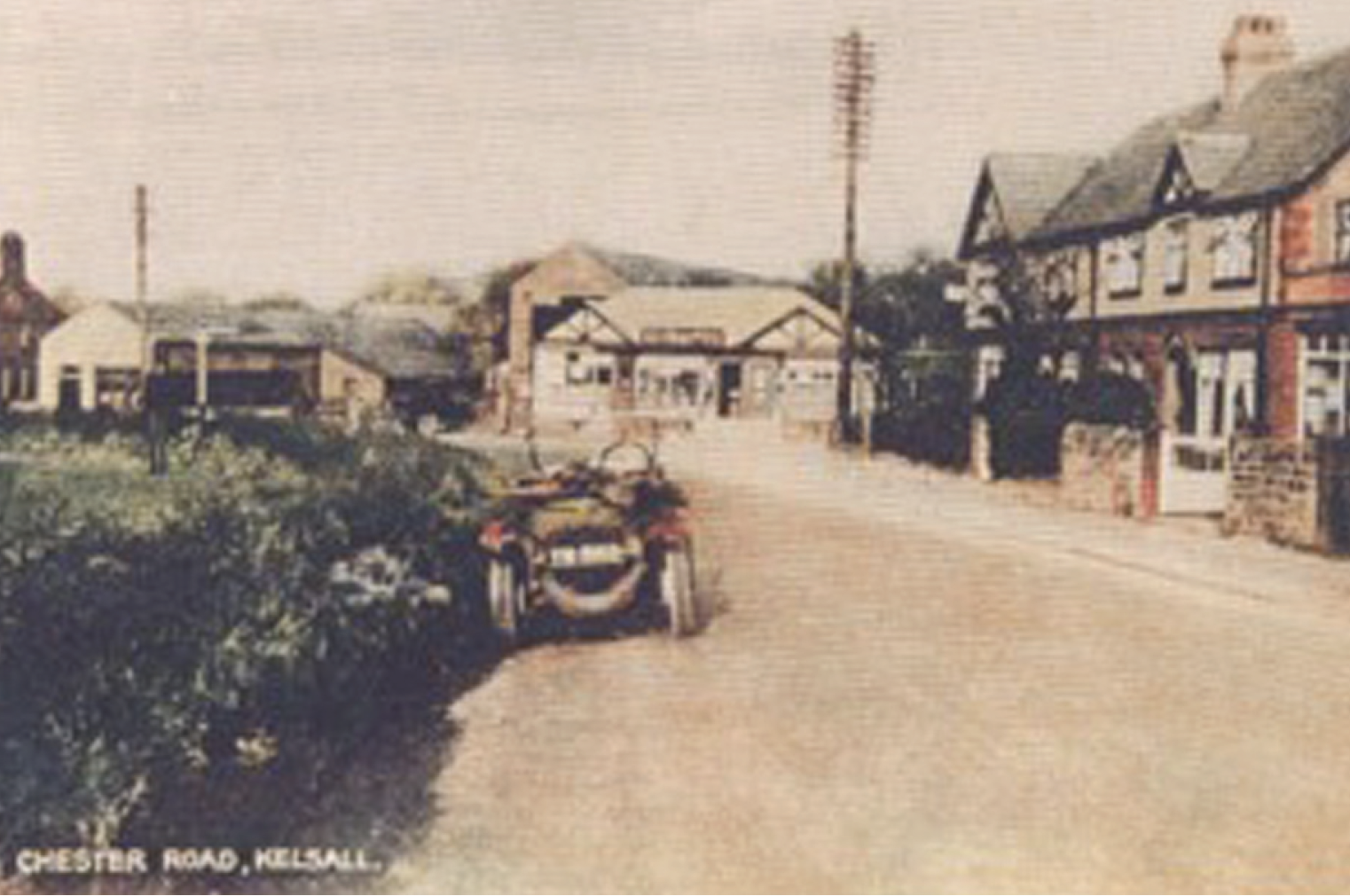 If we skip forward to the 20th century, The Globe had a part to play in the preparations for the Second World War. On Monday 4th September 1939 soldiers of the 347 Field Regiment of the Territorial Army arrived in the village on double decker buses from Liverpool. They were billeted in the village and their conditions were spartan.

Until the cookhouse was organised, bully beef sandwiches and tea, served and consumed in a field, was the staple diet. No wonder very good use was made of the Chippodrome next to the Globe which was the Battery HQ and stores. By 1943 and through 1944 the Regiment was fighting its way through Burma as part of the 14th Army, and it suffered heavy casualties. 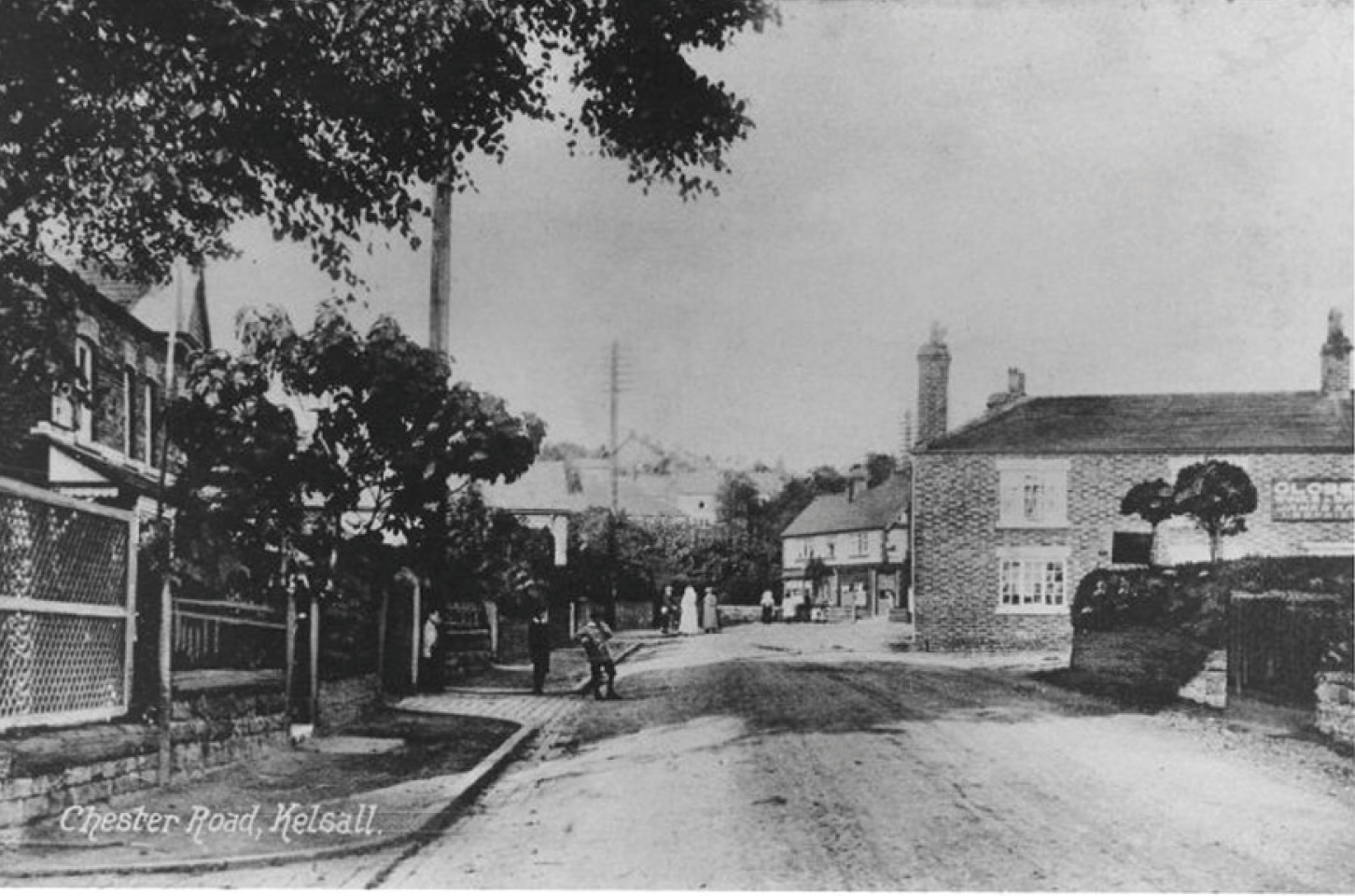 The Globe was always at the heart of the village and, in the first half of the 20th century, was surrounded by many of Kelsall's 20 shops. Harold Hockenhull's book shows the Post Office in Rushton House, with the large butcher's shop and slaughter-house next door. The Kelsall Chippodrome was strategically next to the pub. 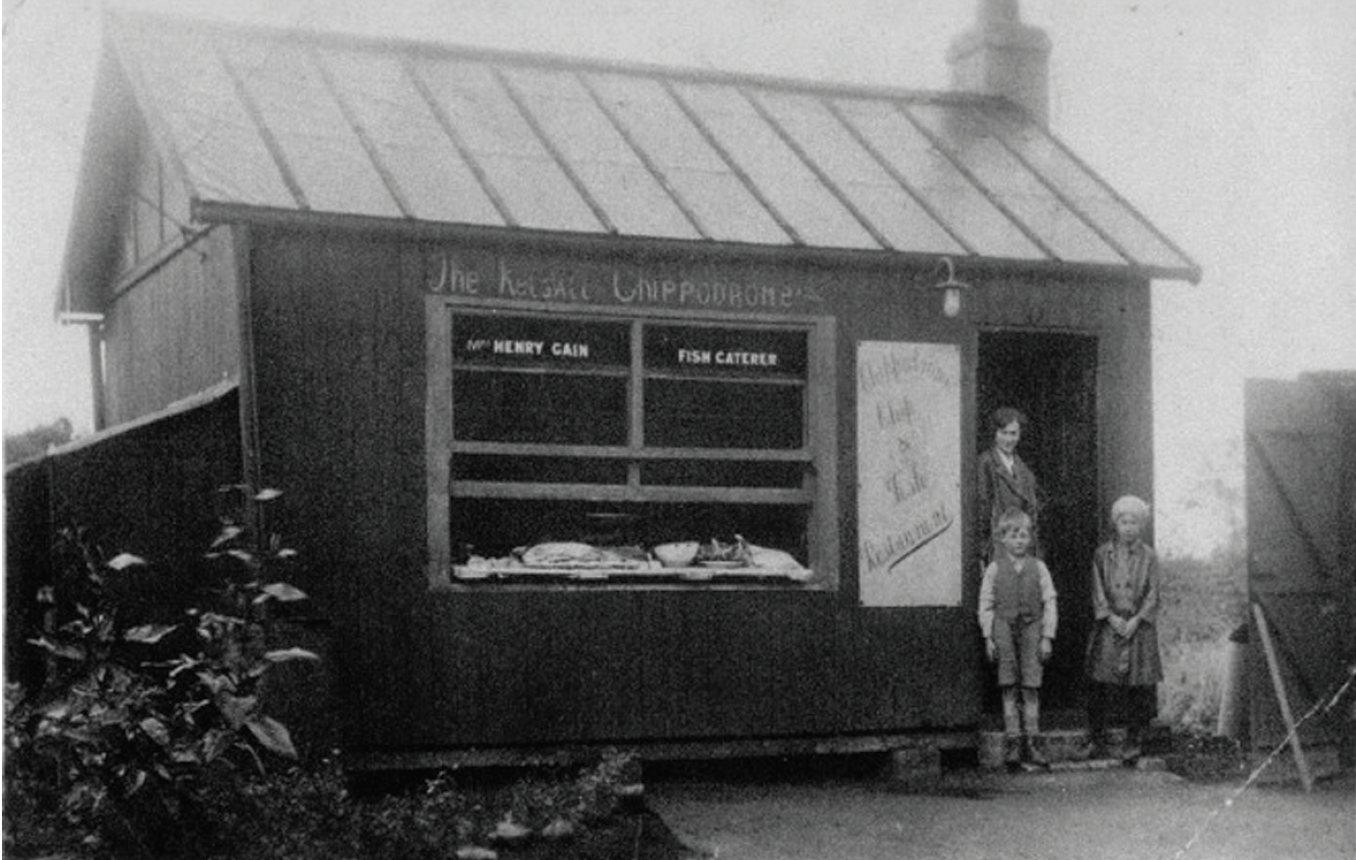 The Quarry Café and Stores were located where Sable Cottage stands now. The Misses Sherwood sold candles and haberdashery where Holmes pharmacy is today. The Gables, now a Hair and Beauty Salon, housed a general store and later a post office. Older maps show a large smithy there. Where the Village Co-op Store now stands there was a grocer, a clock-repairer, a cobbler and a greengrocer - and later a large workshop.

Throughout its long history the pub has had many landlords, and from the 19th century better licensing records and the census have made them easier to track.

Of the many landlords who have run the Globe probably the most colourful and still well remembered is Brian "Rusty" Williams, the licensee from 1977-89, who renamed it The Morris Dancer in 1980. "Rusty" was an innovative builder who renovated the premises installing old beams in the extended bar. In 1979, he brought the annual Cheshire Folk Festival to Kelsall, reverting back to the classic traditions that once surrounded Inns; and we can still enjoy these happenings at the annual Spring Bank Holiday Event in Kelsall.

Rusty was followed by a landlady, Angela Padial 1989-92, who with her partner Luis Lopez introduced Kelsall to a Tapas Bar named Chikito. Even greater changes came when Australian/Italian entrepreneur Vito Cecchini and his wife Kathleen (1995-2001) arrived and converted the old hay-barn into an Italian restaurant known as Paparazzi. The new owners changed the name of the pub to "The Olive Tree" until, in 2006, the name "Morris Dancer" was reinstated.

Before long it changed again and in 2011 it became the "Lord Binning" to the consternation of many in the community. Who was Lord Binning? Well it is the courtesy title of the eldest son of the Earl of Haddington whose ancestral home is Mellestain Hall near Kelso in the Scottish Borders. So far there have been 14 Earls of Haddington, and only the 11th Earl had a connection with this area of Cheshire because his wife inherited the Arden Estates in Tarporley, which are now incorporated into Portal Golf Club. The Earl outlived his son and heir Lord Binning, who may have spent some time in Cheshire, but was certainly more familiar with Kelso in Scotland!

We at Brunning and Price were thrilled when it came onto the market and were vindicated in our ambitions to own it by the many tip offs we received from locals pointing us in its direction. We thought its positioning in the centre of the village made it prime location to be restored as the heart of the community and we hope you agree that it makes a lovely welcoming pub (rather than a pizzeria or tapas bar!). So welcome back The Morris Dancer!

Huge thanks to Anne O'Donnell (Editor of the Kadras Magazine), Sue Masterman and the late John Forster for providing us with this information and the lovely pictures that accompany it.

Sean started off at our Chester pub, the Architect in 2012, before working his way up through the ranks at Glasfryn and Worsley Old Hall. Sean then took the plunge and went to run The Highwayman in Kirkby Lonsdale, followed by a long stint at The Hayhurst Arms. The Morris Dancer came calling and Sean jumped at the chance to take charge here. In his downtime, Sean spends a lot of time with his partner Ollie, his Cavapoo Eric and Rottweiler Reggie.

Katie joined the Morris Dancer not long after our opening in 2018. She quickly shot up through the ranks to be our fab Deputy Manager. Known for her love of English Breakfast tea and an early night, Katie is completely the opposite in work... Moving and talking at 100mph! Katie has a huge future ahead of her (so long as it's here, at the Morris Dancer that is!)

Steph joined the Morris Dancer in May 2021 having been in the industry for a good number of years and hasn't looked back since. Steph is from Kelsall so is the local face behind the bar. In her spare time Steph spends her time with her two boys, her fiancé Mike and not forgetting their black lab, Toby.

Paul has made the move north from the Fox Revived in Surrey to the Morris Dancer in Cheshire. He is our cellar expert and when he isn't serving on the bar, keeping the locals entertained, you can find him hard at work in our cellar making sure all the beers are of the highest quality ready to serve to our lovely customers. Before joining us Paul ran an exhibition and events company in Hong Kong and Australia. Whilst there he had an earth-moving experience when an actual earthquake hit.

Darren is our very own lucky charm, originally from Dublin a 32 year veteran of the industry between the U.K. and Ireland.

He came to B&P as a roving chef in 2018 and has settled with his new family at the Morris Dancer this April.

He loves a good pint of Guinness (obviously), adventures on his bicycle, singing Irish tunes and playing the ukulele, but not necessarily all at the same time.

Sam who is born and bred in Kelsall joins us having worked in other local kitchens. He loves nothing more than observing the chefs and picking up a few tricks of the trade so maybe he's a budding chef in the making. He is also half Canadian and enjoys a pint of Peroni after a busy day at work. 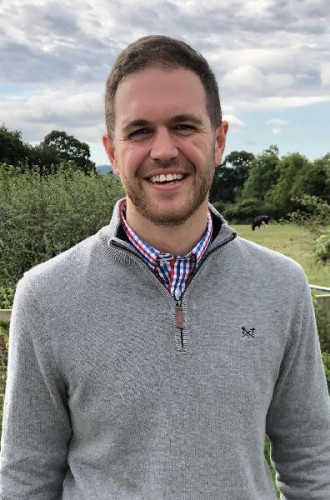