The 'Hare-hatch' was one of the old gates into Windsor Forest, presumably where hares were often seen. This part of the forest was an area sacred to the Saxon people and called the 'Frith', although Maidenhead Thicket is the only remaining woodland portion remaining. The hamlet of Hare Hatch emerged on the edge of this forestland, apparently as summer pasture for local livestock, as indicated by the names of Deane Farm and the Deane fields.

Though farming always remained the main industry in Hare Hatch, the building of the great road to Bath, which ran through the hamlet, gave it a huge boost as a stopping off place for travellers to and from London and the West Country, and for nobility and their retinues travelling to and from Windsor Castle. In the early 1700's, Bath Road would have been a major motorway of its day.

In those days coaches had little illumination and could not travel at night, so travellers would have need of an inn to eat, drink and sleep and to rest their horses, and the Horse and Groom was constructed around this time to cater for the needs of travellers. The very name itself, of course, would have indicated to travellers that their horses could be fed and watered at the inn.

At that time, the whole process of travel was fraught with danger, with highwaymen running rife through the countryside, there being no effective police force. The Maidenhead Thicket was renowned as being particularly dangerous, and travellers seldom crossed the thicket after dusk for fear for their personal safety and possessions, which was good news for the landlord of the Horse and Groom.

Mail coaches were also particularly vulnerable as they were used to transport money: so frequent were robberies of mail coaches, that at one point customers were advised to cut their banknotes in two, and send each half at different times with different coaches.

One of the ruses employed by highwaymen would be to pretend to be travellers themselves and frequent the inns, where they would pick up snippets of information about which coach was travelling where, and whether its occupants were likely to provide rich pickings on the following day. The Horse and Groom would undoubtedly have been used in this manner. 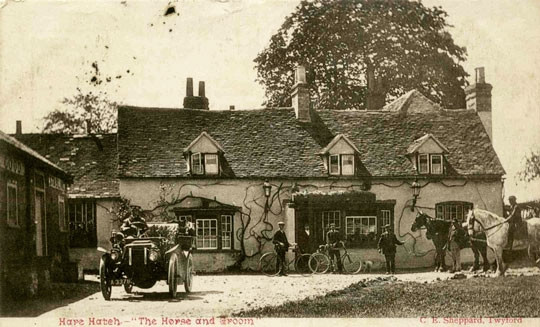 On a more recent note, we have made contact with Hereward Harrison, whose family had the pub for generations, from 1924 to 1970. He has furnished us with many of the old photographs in the pub for which we are most grateful. The family still have in their possession Olympic medals from 1908, won by Cecil Mckaig, who was the landlord at the Horse and Groom from 1924 to 1939.

The Horse and Groom has been serving food and ale for some 300 years now with an extraordinarily rich history, and with the recent renovations, it's set fair for many more years to come.

John has been with been with B&P now for over 3 years. John has years of experience in hospitality, managing bars and restaurant all over The UK and Asia. John lived in Singapore for 20 years and has many tales to tell and skills to show off whether they be stories of meeting famous celebrities or crazy bar tending tricks. When heâ€™s not hard at work you can find him relaxing with his wife and daughter.

Jon is our deputy manager and originally worked at our sister pub, the Old Orchard, before taking a brief six-year sabbatical to go and live in New Zealand. Having then decided this is where he wanted to be he returned and came back to work for us again. Jon has extensive knowledge on our liquor and bitters so is our go to guy if you have a query about any ales or wines and their pairings.

Lauren recently joined the team after following Char from our sister pub the Packhorse, and loved us so much that she left her office job to join us full time. Lauren loves a gin and tonic and you can often find her recommending all her favourite gins to her tables and finding them their perfect gin.

Vicky is our new assistant manager and has quickly become part of the team. She has previously worked in care and been in and out of hospitality for many years and has now decided to return to what sheâ€™s passionate about. You will find her serving customers and spending time chatting to get to know them. When not working she enjoys socialising and spending time with family.

Lady Pat is the mum of the Horse & Groom and takes the time to get to know all of her customers. In her spare time she enjoys a drink the other side of the bar and is a keen golfer!

Hannah is Tirby's lovely younger sister. She started as a food runner last year and has come on leaps and bounds since. You'll now catch Hannah serving in the restaurant. If you don't see her, you'll definitely hear her as she's the pubs loudest member of staff. Someone has to keep the chefs in check, right?

Tricia is a part time waitress and is always happy to serve customers with a huge smile on her face. When not working here she works part time in Waitrose and in her spare time she enjoys a gin or three.

Oli is one our younger members of the team, working part time as a waiter and helping where needed. He is currently studying English, Physics and Maths at school, loves music and is really into rugby.

Colin is our barman and has been in the hospitality business for over 20 years now. In that time, he has picked up extensive knowledge on wines/ alcohol and is the guy to go to if you need a wine recommendation. In his spare time, he enjoys time at home with his wife and cats or going on walks to feed the ducks.

Leah is a part time waitress, helping us out in the evenings. When not working here with us Leah also works as a mental health practitioner and has a degree in Musical Theatre.

Before Jo joined our team she worked in care for 12 years prior, she is a happily married mum of two boys and a nanny to two beautiful little girls. You can now find Jo waiting tables and always serving customers with a smile on her face. A fun fact about Jo is that she featured in a Boy George music video when she was a child.

Skye is one of the newer members of the team and has fit right in waitressing and having a laugh with her colleagues. She is currently studying at college to become a special effects makeup artist.

Mr Jones, or Jonesy, has worked his way up & up with B&P to become our new Head chef! With an eye for detail and wicked sense of humour Mr Jones provides light relief in the kitchen along with fantastic food. Jonesy is, on first impressions, moody and scary but give him a pint of coca-cola and he is the cuddliest teddy bear you will ever find! Jonesy and partner, Cat, have got a little girl called Bella, she is absolutely gorgeous and feels incredibly at home with us.

Sandra is currently pursuing her dream of becoming a Nurse for the NHS. However, having been a full-time part of the team for over 2 years, she is still on hand to assist with either Front of House duties or behind the scenes as a Chef on a regular basis. Sandra moved over to the UK from Slovakia approximately 3 years ago, and has become a popular and integral member of the team ever since.

Mike has been our Kitchen Porter at the pub for many years. He is always very efficient and is not scared of hard work! He loves getting stuck in whether it's washing pots and pans, preparing food or making deserts.

Little Si is the busy-body of the kitchen and nothing is ever too much hassle for him. On the weekends he spends quality time with his daughter Abigail who is 5 years old - or "nearly 6" as she keeps reminding him.

Cat is our Queen in the kitchen, having recently joined us from one of our sister pubs The Gomshall Mill. She is making her name known in the company, and is pushing the kitchen to a higher level, putting her heart and soul into the menus. Cat chose her career path from an early age, working in various areas of hospitality from restaurants to private catering. Most of Cat's influences stem from her family who live far and wide, from Canada to Australia and Thailand, and this is reflected in the style of her cuisine.

Niam is a part time waiter and is also studying Business and History at school with the intention of going to university to study Business Management. He is also an avid PokÃ©mon card collector.

Michelle works as a waitress and cleaner for our team. She was a head chef for 10 years for Barchester nursing and previously ran a pub. When sheâ€™s not at work Michelle loves eating out and socialising with friends.

John is our 'go to guy' for pretty much anything. If it needs mending, painting, tidying, pruning - he will have done it!

If you do intend to bring your 4-legged friend(s) with you please let us know either by phone or by placing a note on your online booking form so we can ensure you have a suitable table. 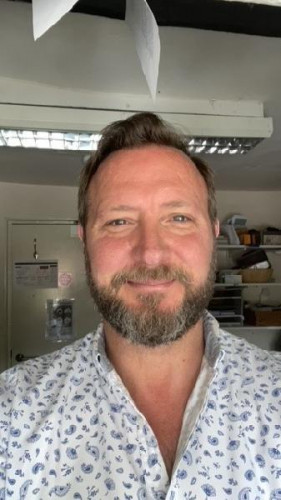 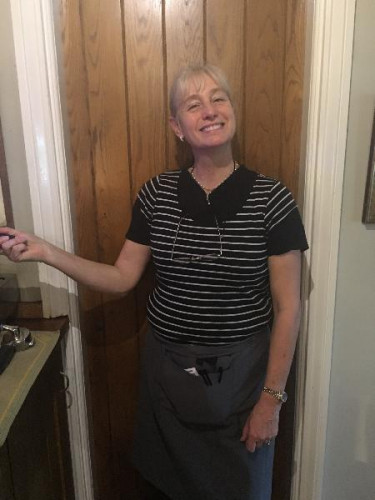 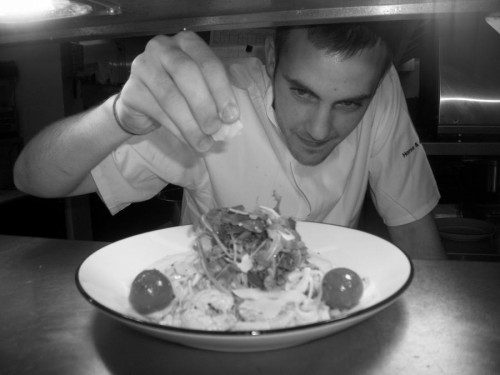 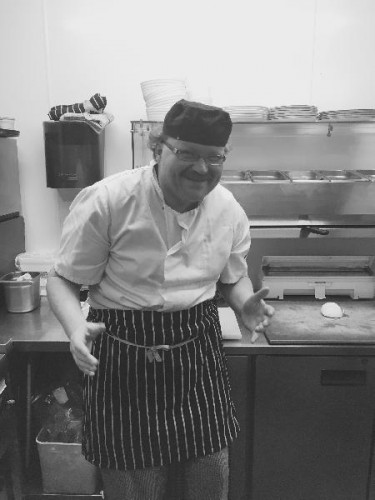 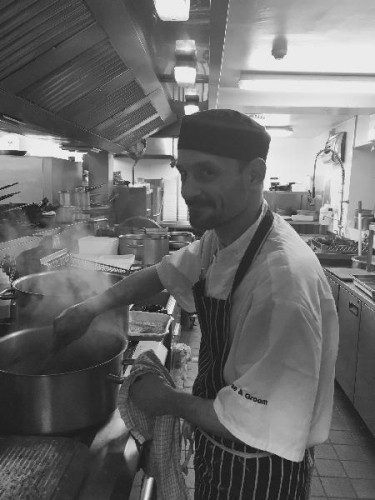 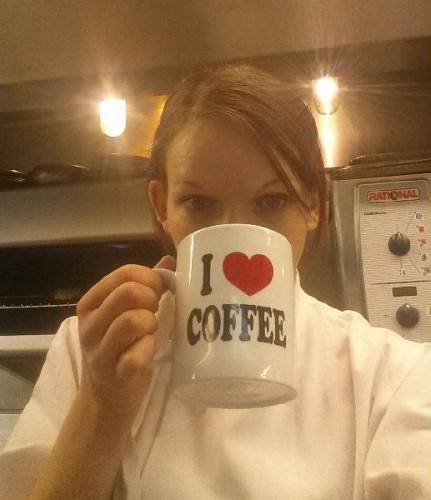 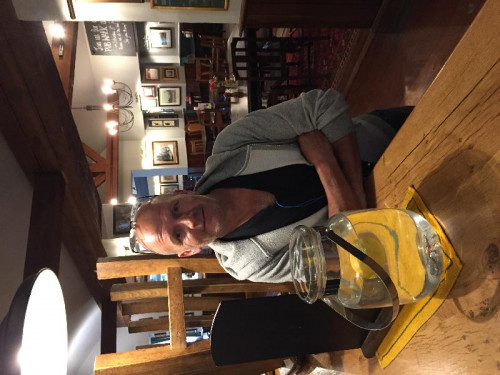