The Corn Mill has been grinding flour for at least seven hundred years, and owes its foundation to the Cistercian monks of Valle Crucis. It is first mentioned in a 13th Century document dealing with a fishing dispute between the freemen of Llangollen and the Abbot.

The day's catch, in front of the wheel house
- William Miller Jones and two staff in 1937 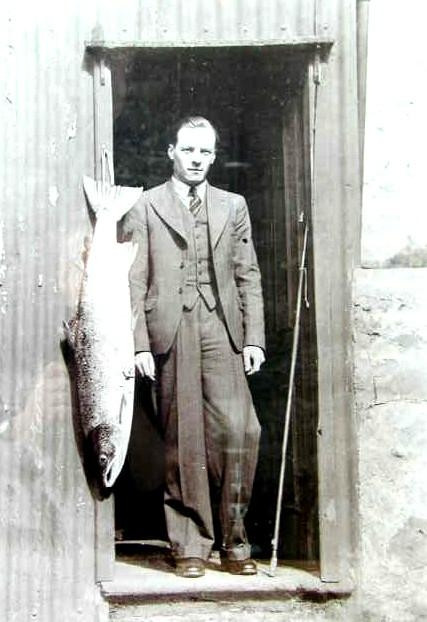 A freeman of Llangollen outside the
Corn Mill, with fish

The building as it now stands was re-built in 1786 with three pairs of grinding stones, and continued as a working mill up until 1974. By the time Jerry and Graham came across it, however, it was sadly derelict and in danger of falling into the river. It is owned by a friend of Jerry's called Phil Brown, and we ended up leasing the mill from him for fifty years. 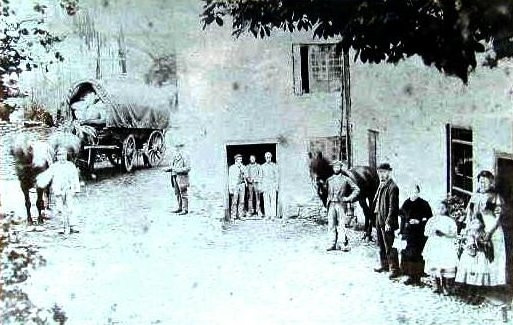 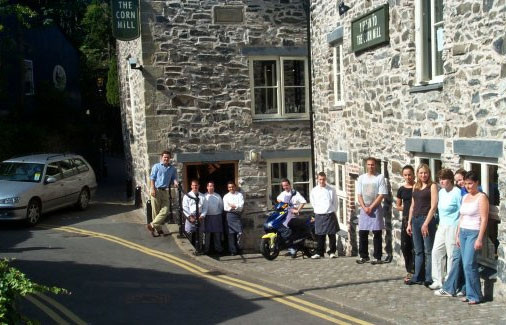 We used a very talented chap called Owain Evans as architect, and appointed Read and Co., a decent local builder with a good reputation. Planning permission took years, because of course it's an important old building.

The planning authorities, based in Ruthin, thought the conversion to a pub/restaurant was a great idea and wanted it to go ahead. The conservation officer really wanted the building restored to a mill. The local council didn't want the thing at all, and in addition we had to deal with the Historic Mills people, the River Authority and CADW, (the Welsh building conservation body), each of whom had a different agenda, so at times it was like herding cats. 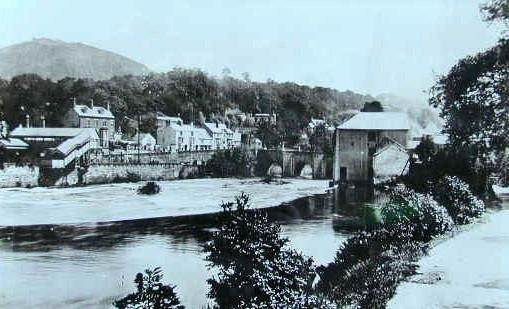 When we finally re-opened the building in June 2000, lots of people came to see what we had done with it, as there is genuine affection for the Mill locally. There was a lot of excitement when we finally got the water wheel turning again for the first time in twenty-five years.

Mounted on the wall at the top of the stairs you'll find the coracle featured in the following photograph. 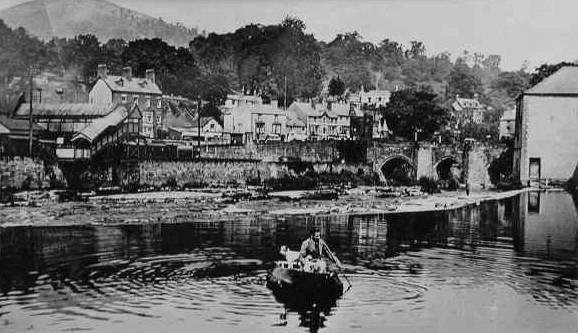 The place has gone like a train from the very beginning. Mind you, if we'd known how much it was going to cost from the outset, the truth is we probably would never have started.

Andy joined us with a degree in hospitality, having worked at the Pant for many years as a part-timer in his holidays, and is old beyond his years. He has managed the Corn Mill since its opening, and the pub is very much his baby. Andy has a sunny, upbeat personality, and is very fond of Chateau Musar, golf, his family, and days away with his mates. He is forgetful of names, so calls everybody "Cheesehead".

A legendary host, she worries and fusses over customers and staff alike, and clucks her way round the pub making them feel all warm and cosy. Having had a hand on the corkscrew at Gales Wine Bar for ten years before she joined us, she is very well known around Llangollen. Known to be fond of the occasional Chenin.

Lisa had been at the Corn Mill for a couple of years as a casual before she became a part of the management team. Though she lives in the village next door with her husband and two daughters, she's never lost her Lancashire accent or her Lancashire graft - she really gets stuck in, so people always like working with her.

You will struggle to find a nicer guy than Dan. He is always eager to please and is passionate about pubs, eating food and drinking real ale. He initially joined us as a part timer but soon realised that this is his true calling. He is great to have around and has really taken the cellar and real ale side of the pub under his wing.

Annette has Llangollen, and the Corn Mill, running through her veins like cider. She's as perky as a sandboy, never stops working, and just loves looking after her customers.

With his handsome looks and Irish charm, Steve is our resident Marti Pellow look-a-like. He used to swim for the Northern Ireland Under 16's team, but now his hobbies include ale drinking, being a keen movie buff, and if he's got any time left, he enjoys DJ'ing. His talent in the kitchen has taken him to America, Cornwall and Cardiff before discovering the high life of Llangollen.

Our wonderful Sous chef! Jordan decided that becoming a chef was the right career choice for him and so threw himself into kitchens where he could learn on the job, making and creating beautiful dishes. He has worked at a few of our sister pubs but he joined the little manor team. He likes to have some input to creating freshly cooked dishes and changing the menus.

This is Glynis. She is a total star.

Our dining area is split over three floors

Our dining area is split over three floors so if any of your party have difficulty with stairs, please call us on 01978 869 555 to place your booking and we will do our best to arrange a table on the ground floor.

Please let us know by either calling or writing a note on your booking, if your bringing a four-legged friend so we can allocate you to a dog friendly area. 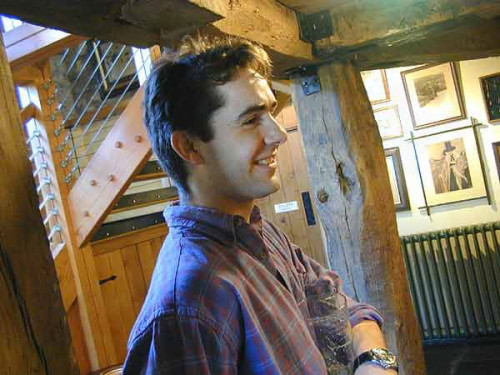 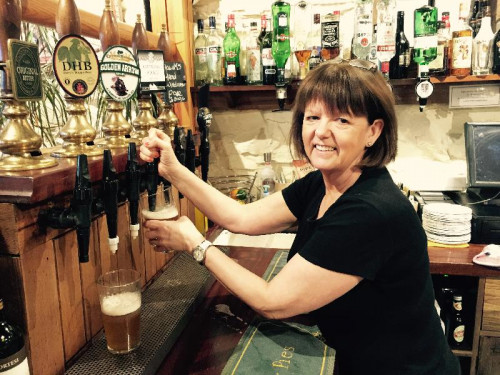 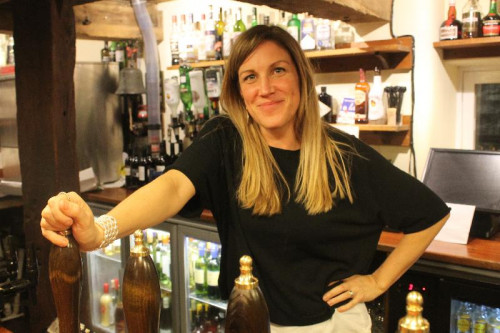 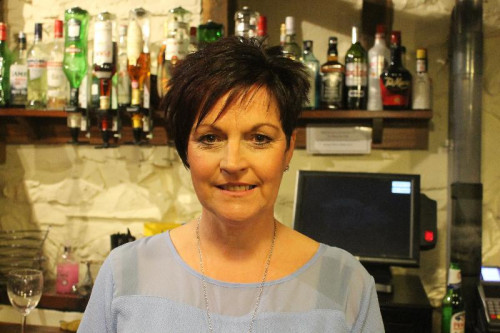