Mottram St Andrew has its origins in Anglo-Saxon times, and is mentioned in the Domesday Book of 1086, which stated:

"Gamel holds Mottre. His father held it. There is one hide and a half rateable to the gelt tax. The land is four carucates. It is waste. There is a wood three leagues long and two broad, and two hedged enclosures and an aery for hawks."

In the 12th century a Norman family called Motterum held the lands, and are recorded as being the local Bailiffs until 1420, when the Savage family took over the role.

By 1414 the village name Mottre had transmuted to Mottram Andrew, although there is no definitive explanation for the significance of 'Andrew' - there is St Andrew's Well in Mottram wood, and additionally there was apparantly a charismatic local priest called Andrew who might have influenced the choice of name, but no-one is sure. At some later date, the named evolved again to become Mottram St.Andrew.

Things become more relevant to the Bull's Head when in 1726 Mottram was bought by William Wright of Offerton. He built St Peter's church in Stockport, which he endowed with rents from land in Mottram. In about 1750, Mottram New Hall was built by William Wright for his son, which became the family home.

Mottram New Hall is only 400 yards from the pub. It is not known when the pub was built, but The Cheshire Villages Book, written by members of the Cheshire Confederation of Women's Institutes, has it that the Bull's Head Inn was once a farm with a six day license to sell liquor, and presumably it was part of the Mottram Hall estate. 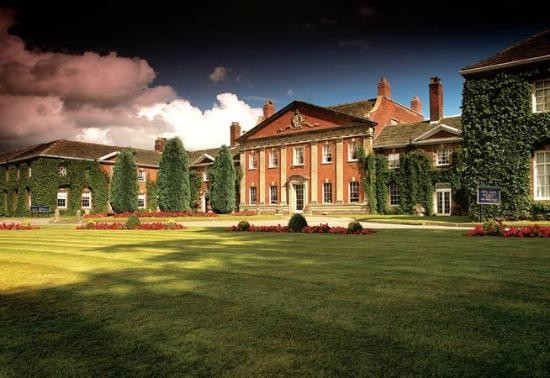 MOTTRAM-ST.ANDREW, a township, with a village, in Prestbury parish, Cheshire; 2 ½ miles NW of Prestbury r. station. Acres, 1,600. Real property, £3,170. Pop. in 1851,408; in 1861,460. Houses, 90. The manor belonged formerly to the Mottram family; and, with Mottram Hall, belongs now to the Rev. H. Wright. Mottram Old Hall is an ancient mansion, and was formerly moated. Lee Hall is the scat of Capt. Street. There are a parochial school, and charities £30; and the school house is occasionally used as a place of worship.

The coat of arms of the Wright family consisted of three bulls heads bisected with a chevron, which is the coat of arms carved onto the Mottram Cross in the village. The shaft and head of the cross date from 1832, but the base is actually medieval in origin.There are accounts of bull baiting taking place there, and a story that the steps served as an auction block when a husband wearied of his wife. 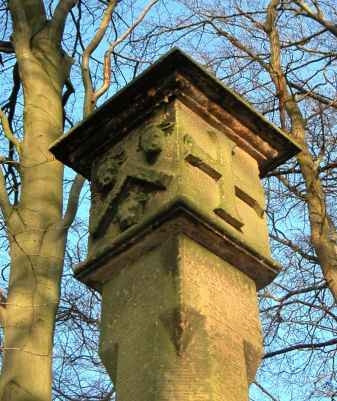 In 'A Genealogical and Heraldic History of the Commoners of Great Britain' by John Burke in 1836, the heraldic devices of the Wright family are described as: 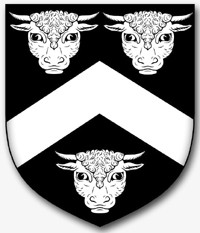 Arms - Sa. A chev. Arg.
Between three bulls' heads cabossed
of the second

Crest - Out of a ducal coronet
or, a bull's head arg.
Attired of the first.

Originally, then, the Bull's Head was a reference to the crest of the Wright family, which is a bull's head emerging from a ducal coronet.

In this photograph of the pub from the 1960's, you can see they used a sculptural depiction of this crest as their pub sign above the front door. 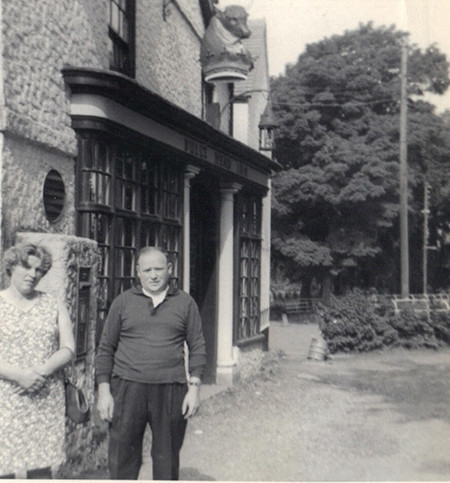 We came across these photographs on the web, and Colin Little kindly gave us permission to feature them here. The photograph above is of Colin's mother and father and was taken in 1968. Their family was on holiday with their Aunt and Uncle, both of whom worked for the Burton family who lived in a house close to the Bull's Head. Colin recalls that Mr Burton was the owner of a biscuit business, Burton's Biscuits of Leek in Staffordshire, and was also a Director of Manchester United. These days Burton's Biscuits is a major concern employing over 2,200 people: http://www.burtonsbiscuits.com Colin remembers the beer garden outside, and reports that the pub was extremely busy.

We were contacted by another couple, Bob and Maureen Spiers, who were assistant managers at the pub from February 1964 'til March 1965. At that time the pub was owned by Ted Roberts who had a great many pubs, restaurants and hotels in Cheshire and Liverpool, including our sister pub, the Grosvenor Arms in Aldford. At that time there was a tap room for working men who would play darts and dominos, and a lounge bar for well-to-do customers: Bob would wear a white shirt, black tie and a steward's jacket.

Apparantly the pub was hugely busy, and the car park was full of Rolls Royces and Jaguars: at that time the Bull's Head was a very traditional pub with log fires, beams and brass tables, and in those pre-breathalyzer days, the draymen would have a pint in every pub they visited, throughout the day.

In the 70's and 80's the Bull's Head became a Beefeater restaurant operated by Whitbread, and by all accounts it fell on hard times: apparantly the carpets were sticky with beer and it had a bit of a rough reputation.

Subsequently, it became an Italian restaurant called the Osteria Mauro before we acquired the property in January 2013. 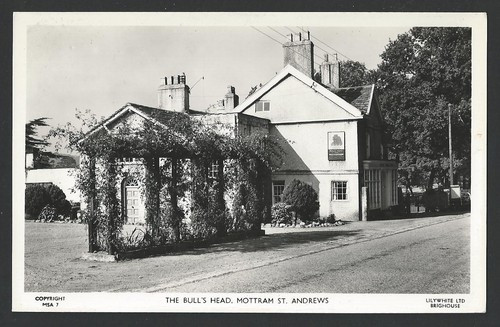 We would be most grateful if anyone can help with any further history of the building, and we're particularly keen to get in touch with any local historians. If you could email the pub, we'll get back to you promptly. Many thanks.

With thanks to the Mottram St.Andrew Community website, from which we have unashamedly plundered information, who researched material from the following sources:-

Dan started of the B&P life back in 2012 when we opened the Little Manor in Warrington - he won us over with his million dollar smile. Dan earned his spurs when he took the reigns at the Dysart Arms in Bunbury to where he planted his little family for 2 and a half years before returning to the Bulls Head to carry on where he left off. A die hard Newcastle (Shearer) fan and a love for his craft ales - be sure to give him some recommendations!

Heather Lancashire started with us a casual back in 2015 at 18 years old. Then she went away to university and got a degree in Photography and then re-joined the Brunning & Price family back in 2018 as a supervisor and now has worked tirelessly to be an assistant manager. She has been around the company working at 3 of our lovely pubs and has how planted herself with the Bull's Head. Heather is probably known to some as the 'Christmas Fairy' as she likes to work her magic helping you to prepare your Christmas festivities.

Emma is the newest addition to our management team and has been here for nearly two years. In her spare time Emma likes to perform and her dream is to make it on stage one day (we'll definitely be getting front row tickets!!) If you ask Emma what her favourite thing is in the pub, her answer will be Shindigger! Do ask her what that is...

Kim has been firmly rooted in to the pub since September 2015. Kim is a perfectionist, she likes everything to be in a certain way, if not she shows her angry 'mum' face. Kim loves all aspects of food and takes note and remembers every customers likes and dislikes. She's a southern girl but has made the north her home and wouldn't change it for the world. She has a passion for films, up cycling and cleaning!

Louis aka Lou Lou. Local lad, who lives round the corner and joined the team here from Mottram Hall. He's got more gins at home than we have on our shelves. Very ambitious and wants to travel the world - watch this space! His love for burgers is out of this world but he runs it off every Sunday.

Andy is a truly enthusiastic budding chef who believes that the only thing worth talking about is food, food and food, and the only TV programmes worth watching are food, food and food. Apart from this, Andy used to be in a hard-core boy band called “Stoke Roses”, who featured a lot of rock anthems about….food. He used to date a girl called Charlotte, after the apple dessert.

Allen is a southern boy from Reading and started in a commercial kitchen at the tender age of 16. He worked at Bar Lounge in Chester for 18 months before joining 1016 and Moules a go go. He is a keen course fisherman, supports United and is favorite cheese is Danish Blue. He dreams of Carp.

Tony is our very own BFG. (Big, Friendly Giant). He is a friendly, approachable chap who stands at 6'7! Tony was born in the UK but moved to Cape Town, South Africa where he spent his younger days. Whilst he was there, his passion for food excelled and to this day he likes to put the occasional influence into his dishes. In his spare time, he likes to fish. In 19 years of fishing Tony remembers his biggest catch of all. The proof is in the photo.

Rachel has been with us for 7 years now and previously worked at Crewe Hall Brasserie where she was part of the team that received their first Michelin star. In her spare time she likes keeping fit by going to gym and when she's not chopping veg or prepping fish, you'll find her at Taekwondo wearing a black belt. Rach is a firm favourite with the staff as her portions are pretty big!

Liam is our baby of the kitchen - fresh faced and eager to learn and develop from our senior chefs. Hard worker, reliable and has the best dress sense out of the whole kitchen team. Who rocks up to work wearing their best Calvin Klein tops? Makes a cracking crispy beef salad so next time youâ€™re in, give it a try!

Sarah is a grafter and puts in 110% everyday. When she is not at work she is an avid rock climber, traveller and loves playing the harp. Sarah is no stranger to a challenge, which is handy when working with lots of men in the kitchen.

Miles is an enthusiastic and funny chef, moving from the Q hotel Group he has fitted into the Bulls Head team like a new glove. He brings a great atmosphere to the kitchen team and makes a cracking shortbread biscuit. He loves cycling to work in those tight shorts (Wit-Woo).

Alan is the bedrock of our kitchen, if he is not cleaning pots and pans he is cleaning floors, ceilings and fridges. He loves his cars and knows every engine size of every vehicle manufactured. He is a key part of the Bulls head team and always uses his own initiative to find a better way to do things which he'll happily tell you about it in detail. 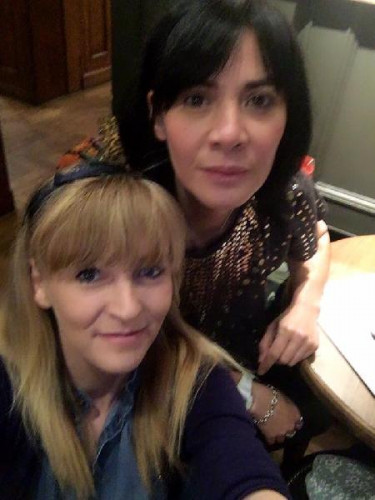 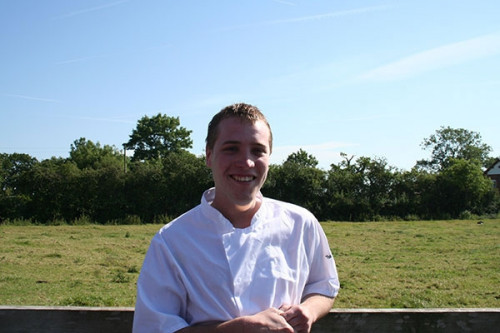 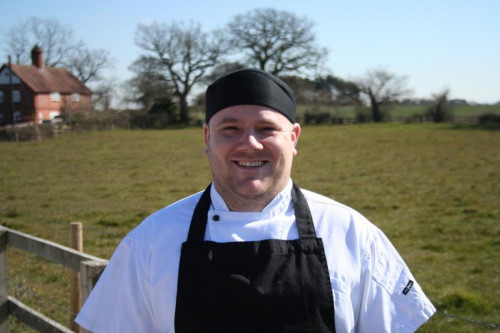 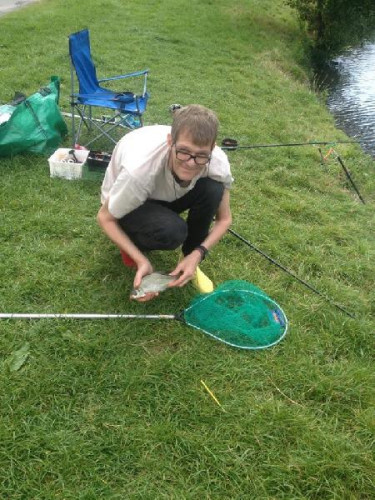