Worsley Old Hall is a grade II listed building. It lies within the village of Worsley, most famous perhaps as being the strategic location of the Bridgewater Canal, which is fed by Worsley Brook. The first section of the navigable canal was from the Delph at Worsley to Salford and was developed by the Duke of Bridgewater, the owner of Worsley Park, from 1758.

Although the most important events in Worsley's story took place with the building of the Bridgewater Canal, the place has a much older history dating from the times when it was a small township within the large parish of Eccles.

The first reference to it by name came in 1195 when records tell us that Hugh Poutrell gave the Manors of Worsley and Hulton to 'Richard, son of Elias de Workesley, for his homage and service'. Some 30 different methods of spelling the place-name were recorded during the 12th to 14th centuries, but by 1450 the present version was in permanent use.

A Roman road passed through Worsley en route from Manchester to Wigan and another, of lesser importance, crossed the north of the area roughly on the line of the present main road through Walkden and Little Hulton. Parts of the first of these roads were discovered in 1957. It lay just six inches below the soil, was thirteen feet wide, and had drainage ditches on each side. There is evidence that the road may have been constructed from stone from the local quarry at the Delph in Boothstown, where a coin hoard of 540 Roman coins had been unearthed ten years previously. After the Norman period, the whole Worsley area came within the manor of Barton, a member of the Barton family having acquired the Worsley lands and taken on the name 'de Worsley' to proclaim his ownership.

The building Worsley Old Hall is one of three substantial country houses that were built within Worsley Park over several centuries (each in turn called Worsley Hall), but it is now the only standing house to survive from these three phases.

There is no evidence left of the medieval moated manor site of Worsley Old Hall, but it would have typically incorporated a number of detached buildings, including perhaps a separate bakehouse and kitchen, as well as the chapel and Peel tower mentioned in historic documents. The southern side of the current property incorporates two phases of a hall, one probably 16th century and one early 17th century. The first phase was probably built by the Massey family, the then Lords of the Manor of Worsley. Worsley Park, and with it the hall, passed from the Masseys to the Breretons, and then in the seventeenth century to the Egertons.

John Gilbert lived at the hall from 1759, after he came to Worsley as the agent to Francis Egerton, 3rd Duke of Bridgewater, and it was in the hall that Gilbert, James Brindley and the Duke met to discuss their canal strategy. 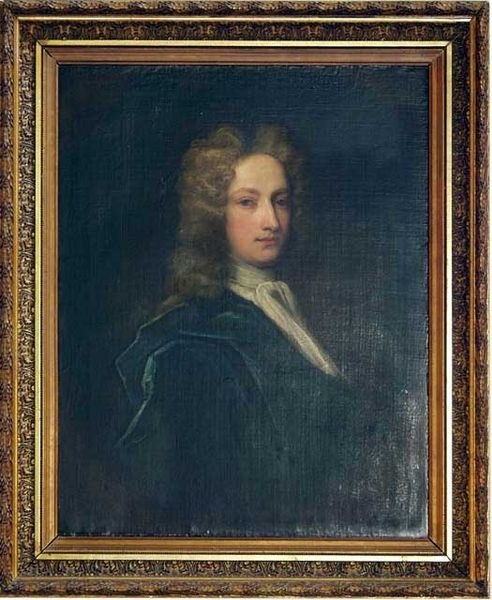 Scroop, first Duke of Bridgewater, had first devised a navigation system for Worsley, but it was not carried out. His son Francis, the third duke, devoted himself to carrying out his father's plans, after his brother, the second duke, died. He lived at the Brick Hall in Worsley, now pulled down, and limiting his personal expenses to £400 a year, employed the remainder of his income in canal-making.

He obtained Acts of Parliament in 1758 and 1759 for the construction of a canal from his collieries in Worsley and Farnworth to Salford and to Hollinfare. Starting from the underground colliery workings, the canal reached the surface near the centre of Worsley, and was carried, without locks, by a circuitous route and by the famous aqueduct over the Irwell, to Castlefield in the south of Manchester. The engineer was the celebrated James Brindley; John Gilbert, the duke's agent, also took an active part in the work. The subterranean canal extends nearly 6 miles in a straight line, its terminus being near Deane Church, 550 ft. below the surface of the ground; it has numerous branches intended to serve the collieries; and though no longer used for carrying coal, it is useful in draining the workings. Before the first canal was finished the duke, in 1761, obtained an Act for the construction of a more important one from Manchester to Runcorn, at which point a descent is made to the Mersey by a series of locks. 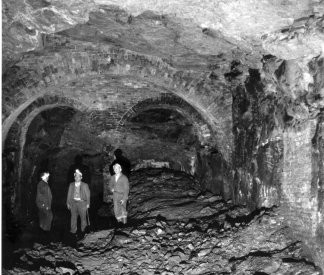 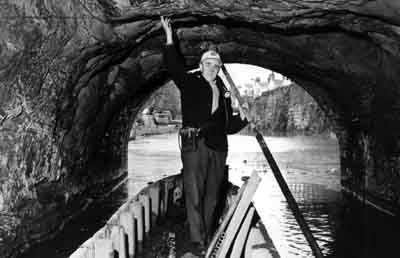 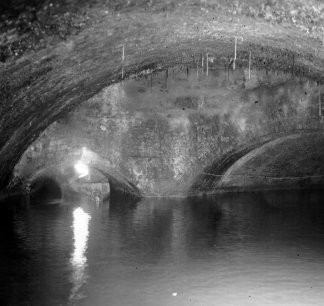 The Bridgewater canal is often said to be the first true canal in Britain and the modern world. Beneath a large part of Worsley even today, there is a system of some 50 miles of underground canal networks, which run for many miles on two levels.

These canals enabled coal to be transported easily and swiftly, as previously horse and cart was the only option. The price of coal delivered to manufacturing mills in the Manchester district dropped significantly, and played an enormous influence in enabling the Industrial Revolution to come to fruition.

The development of the Old Hall

The 3rd Duke of Bridgewater died in 1803 and eventually Worsley passed to his great nephew Francis Leveson-Gower, who under the terms of his great uncle's will took the name of Egerton. He came to live in Worsley in 1837 and found it to be - "...a God-forgotten place. Its inhabitants much addicted to drink and rude sports, their morals deplorably low, the whole place in a state of religious and educational destitution..."

A new hall was constructed in the grounds of Worsley Park, and when Worsley New Hall (also known as Brick Hall) was completed John Gilbert took up residence there and the Old Hall was used as estate offices. The New Hall became the principle residence of the family, and was twice visited by Queen Victoria and later by Edward VII and Queen Alexandra 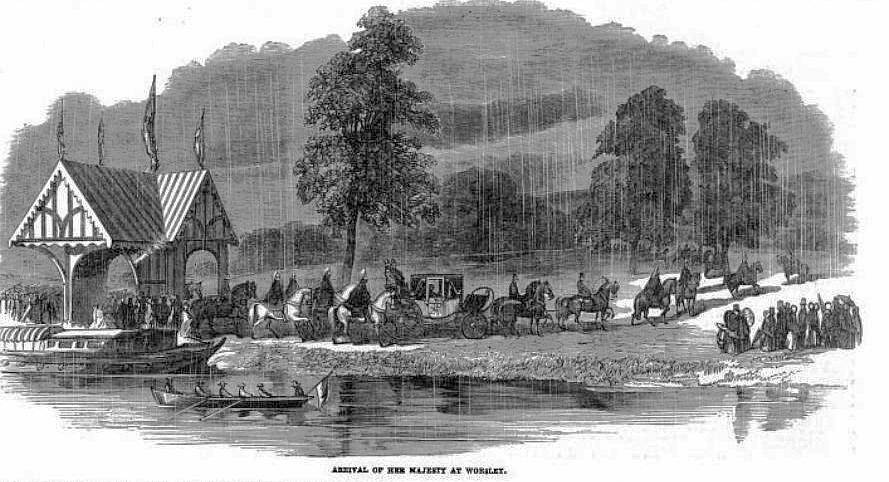 Worsley Old Hall had been let to tenants until it was completely renovated and became, in 1855, the home of Algernon Egerton, son of the 1st Earl of Ellesmere.

It appears that the Old Hall complex was gradually amalgamated, until eventually, by the end of the 19th century, a 3-sided U-shaped courtyard had been created, which itself was filled in with the creation of a billiard room in 1906.

Alterations and additions continued through the early 1900s, when a men servants wing was added. The hall continued to be occupied, residents including Walter Longley Bourke, Superintendent of the Bridgewater Trust, and Viscount Brackley, eldest son of the 3rd Earl of Ellesmere.

The Egerton family sold their Worsley estates in 1923 and the Old Hall along with everything else became the property of the Bridgewater Estates Limited. It became offices for Manchester Collieries and then the NCB, and for a time was used by W.S. Atkins, consultants for SELNEC Transport. In the late 1960's, the building fell into disrepair. In 1971 it became a restaurant specialising in Jacobean banquets, which continued until 1994. 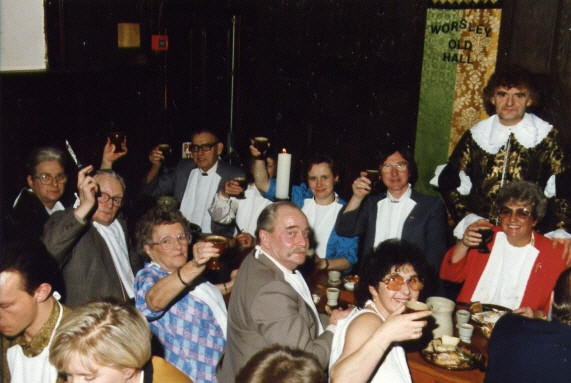 Peel Holdings plc and Whitbread Ltd subsequently redeveloped the hall and farm: the Old Hall farm became the basis for the Manchester Marriot Hotel and Country Club, and the Old Hall a Brewers Fayre Restaurant, both opening in 1998. We acquired the lease of Worsley Old Hall in 2013, when it was decidedly down-at-heel, and embarked on a substantial programme of repair and renovation, which included re-laying much of the roof and re-pointing the chimneys, removing much of the modern decorations to reveal a number of interesting historical features, clearing out the gardens and surrounding scrub to reveal the views, and terracing and landscaping the grounds.

Ryan recently took up the reins at Worsley Old Hall after a successful stint with another pub company based in Staffordshire. Known for his upbeat and cheerful personality, he can usually be found chatting to the locals behind the bar. A keen lover of golf and football, Ryan likes to spend his spare time on the course and of course with a beer in hand.

Will has recently joined us from an independent restaurant in the Rochdale area. Keen to step up the management ladder he decided the place to do so was at Worsley Old Hall. A keen lover of fine wines and food, Will can usually be found in and around Manchester finding new and interesting places to wine and dine.

Richard has a rich history in Michelin starred and Rosette winning restaurants (including the Chester Grosvenor), before moving into pubs and winning a string of industry accolades. Richard's Mum and Dad built Princess Diana's wedding cake, and he himself has two daughters who occupy all his down time.

If you are intending on visiting us with your four-legged friend, we have suitable walk-in tables available in the bar area. Unfortunately it is not possible to reserve these in advance. Should there be no free tables, we run a waiting list from behind the bar.