The White Hart on Tonbridge Road in Sevenoaks was built high on the Greensand Ridge in the late 16th / early 17th century near to the site of an ancient inn called The Cock. 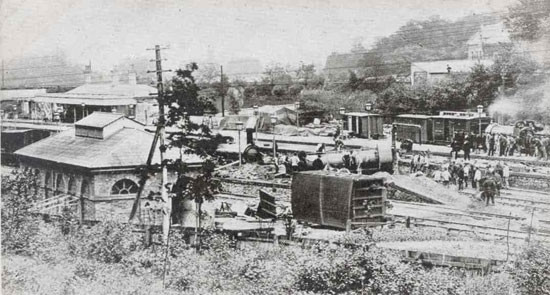 King Richard's White Hart had golden antlers and a golden crown around its neck with a gold chain hanging from the crown. Heraldically, the Hart symbolises peace and harmony, the White denoting purity.

In 1389 Richard passed an Act making it compulsory for pubs and inns to have a sign outside in order to identify them to the official Ale Taster, "otherwise he shall forfeit his ale." Consequently, a great many pubs were named "The White Hart", after Richard II's own heraldic emblem. 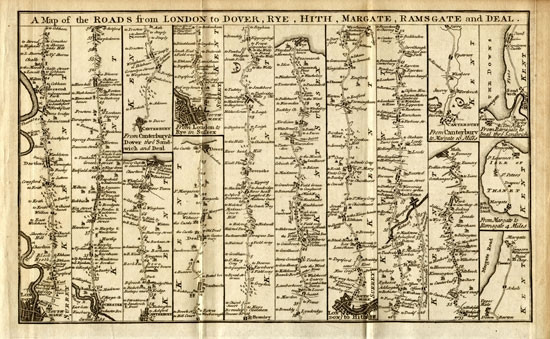 The first turnpike road in Kent from Sevenoaks to Woodsgate (1709) ran past the White Hart. Passing coaches were required to pay a toll to the turnpike trustees. This included those in charge of the four-horse stage coach, which called at the White Hart three times a week on its long journey from the Nag's Head in Southwark to Rye in Sussex.

In 1456 the then Archbishop of Canterbury, Archbishop Bourchier, purchased the 100 acre estate of Knole and built the great house which lies to the eastern side of the town. This was later appropriated by Henry VII and then passed on to Queen Elizabeth I who gave it to her cousin Thomas Sackville. 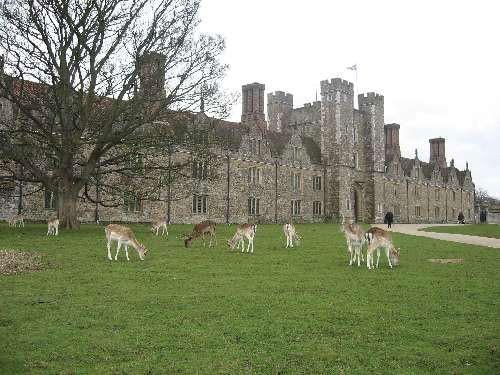 The Origins of Sevenoaks

The name "Sevenoaks" originated from the Saxon word 'Seouenaca', a name given in about 800 A.D. to a small chapel near seven oaks in Knole Park. Sevenoaks was historically part of the Great Manor of Otford. In 1200, a market was started in the town and due to its economic success, it made Sevenoaks a manor it its own right. 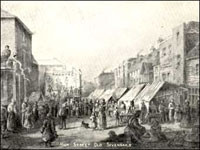 In 1728, seven oak trees were planted on land next to the White Hart, close to the turnpike road, as part of a tradition to perpetuate the name of the town. The trees grew tall and strong but, sadly, were felled in 1955 as they were considered a danger to passing traffic. The novelist Vita Sackville-West and the chairman of Sevenoaks Urban Council, Mrs Eliane Viner jointly planted seven oak saplings in their place, which stand today. 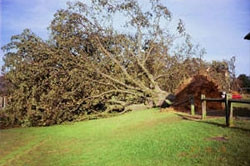 There is another group of seven oak trees, to the northern side of the Vine Cricket Ground (so named as the land was once used as the vineyard for the Archbishops of Canterbury). The average life of an oak tree is approximately 250 years and so the oaks have been replaced several times. The seven oaks were planted on The Vine in 1902 to commemorate the Coronation of King Edward VII, but during the hurricane of 1987 six of these were blown down and Sevenoaks became "Oneoaks".

In 1840, Samuel Palmer, one of England's greatest 19th century landscape artists, stayed at the White Hart Hotel which, he said, cost him 26 shillings a week. Dinner was two shillings per head and breakfast, with eggs or meat, was 1/6d. Whilst there is no evidence of Charles Dickens staying at the White Hart he did make several trips to the area and once rented an apartment in the town of Sevenoaks. It is possible he stood at the bar and enjoyed an ale or two, as his daughter Kate and her husband did whilst staying at The White Hart after Charles' death in 1870.

Whilst on the subject of artists, Dante Gabriel Rossetti painted this wonderful picture in 1850, and used the countryside around Sevenoaks as the background. Sevenoaks, while being a prosperous and peaceful community, has not been without its share of tragedy. In 1927, a passenger train ran out of control down the bank from the north, and 13 people were killed. Here is a photograph of an earlier train accident which occurred in 1884:

In 1967, The Beatles filmed parts of The Magical Mystery Tour in Sevenoaks, at Knowle Park. Scenes included The Beatles walking down a giant staircase in one of the hangers with 160 dancers at the bottom of it, a tug of war involving 12 children and a number of blindfolded vicars and the famous 'I am The Walrus' scene. 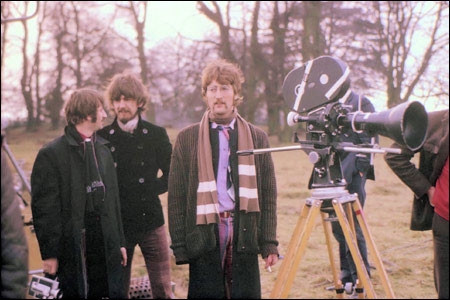 The White Hart In Print

The White Hart features in several publications, including Sevenoaks Essays by Dr Gordon Ward, The Pleasant Town of Sevenoaks by Sir John Dunlop and The Broad Highway, a regency classic written by Jeffrey Farnol. By several accounts, they are not what you might call pot-boilers.

Tom took over as Landlord in October 2018 and hasn't looked back since. Having enjoyed many a year running pubs in central London, Sevenoaks now suits him well. Food is a big part of Tom's life (both cooking and eating), a love for beer and good wine also high on the list! When not overseeing the goings on at The White Hart you can find Tom 'outdoors'. A keen climber and now teaching his son Louis to be the next Bear Grylls!

Arran joined the crew this year after a background of working in restaurants - the White Hart has been a interesting change of pace! When he's not running around the pub at work, he's supporting other local pubs and restaurants (Gathering intel, he says!) and spending time with his fiancÃ© Ines and cat Mayo.

She's back! After having left us for a small sabbatical of 2 years, Beccie is back. Knowing the pub like the back of her hand, the resonating sound of her bossy voice can be heard from the other end of Sevenoaks. Her experience and knowledge of the White Hart is welcomed back. Naturally taking the mother role of the team.

Newly promoted Supervisor joined the pub in September 2019 and has gone from strengh to strengh. One to watch! She'll be running the place before long (if she has any say!).

Guy has worked in pubs and hotels since he was 16 years old. He joined Brunning and Price in 2010 and has been smashing it ever since. He took a small sabbatical of 3 years travelling all around Southeast Asia. Getting involved with Thai cooking schools, scuba diving and scrambling bikes in the middle of the jungle. Having come back in one piece he joined the White Hart team as head chef in 2019. Not satisfied with running a busy kitchen, Guy has also just got married and decided to embark on fatherhood by bringing into the world a baby boy called Austin.

Paul, also known as "Chuckles", is a very happy chappy with a 'can do', positive, 'glass-half-full' attitude and an infectious laugh. He fits in very well with the all too happy and relaxed chefs at the White Hart - no stressed out Ramsay expletives or Pierre White tantrums here. Paul actually started front of house earlier in his career, but after showing a natural talent for cooking he found himself starting to dress all in white. Paul, much like Eddie, has a second love for two wheeled freedom and owns Chris's dream bike.

Mark up until recently was in charge of all the lovely parks and public grounds in Tunbridge Wells. We managed to coax him out of semi retirement to look after the White Hart, where he harbours great plans for a herb garden and even a vegetable patch. As is appropriate for a man of his calling, he is greener than green, and prefers pedal power to horse power.