The history of the Refectory is somewhat enigmatic: there are a couple of apparently conflicting stories of its past, but neither seem to tally with physical evidence in the building. If anyone reading this can shed any further light on things, I'd be most grateful if you could get in touch (the pub's email address is [email protected]).

One version has it that the Refectory was an old barn, which in the 1930's became home to a herd of Aberdeen Angus cattle owned by Percy Stovold, a successful cattle breeder who realised the potential of the Surrey land for this breed of cattle. Percy hid the herd in the barn in Milford for two years, away from the eyes of his disapproving father. 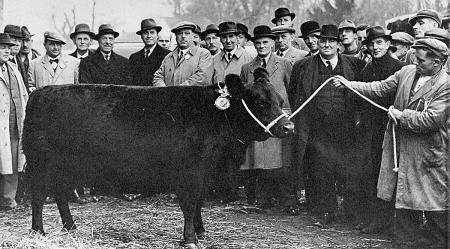 In 1938 the herd toured the English shows, winning many of them including the Royal show, to the amazement of Percy's father. The herd has grown over the decades to become the Rosemead herd, which now has over 500 head of cattle - one of the largest and most important herds in the country. The website for the herd tells the story and mentions the connection with the Refectory (www.aberdeenangus.co.uk). 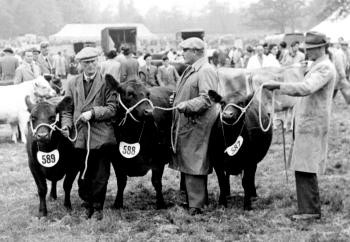 Another version of the history has it that Charles Sneyers, a very successful antiques dealer, bought Milford House (next door to the Refectory) in 1932. 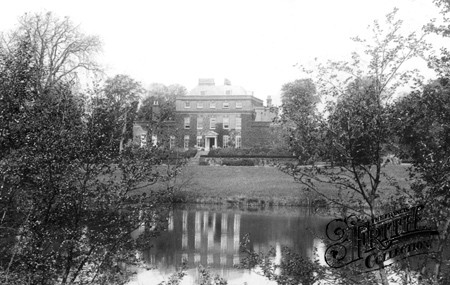 One of his two sons, Reginald, joined the business and added to his father's large collection, while the other son, Robert, was responsible for the conversion of some outbuildings and their subsequent running as successful tea rooms, called the Refectory. 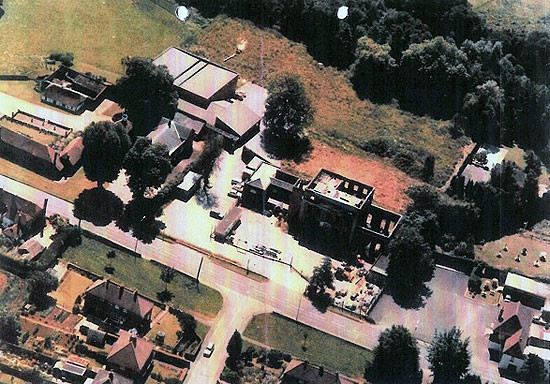 After the war, Milford House was converted to a hotel which we believe was run by Robert, but it was damaged by fire in 1980 and ceased trading, after which it was converted to apartments. The photograph above was kindly supplied by Mr and Mrs Searle, current residents of Milton House, who were happy to spend a couple of hours mulling over the history of the place. 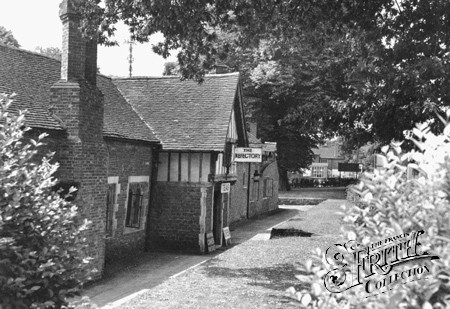 The Refectory was still a tea shop in the 50's, but subsequently became an antiques shop owned and run by Reginald, which was by all accounts stocked with exquisite items including a large collection of superlative early clocks, which had been a speciality of his father Charles. We came across this plaque inset into a wall at the rear of the building, which surely must have originated from the Refectory's days as an antiques emporium. 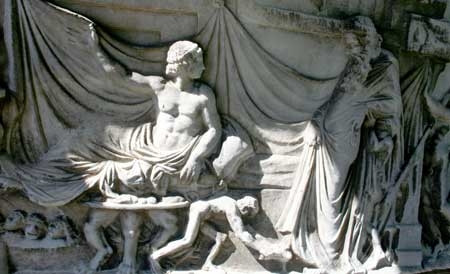 Reginald eventually bequeathed the Refectory and its contents to the National Trust, the largest bequest of its kind the Trust had ever received. The Trust retained 400 items of furniture, ceramics and clocks, and auctioned the remainder along with the Refectory. The National Trust Southern Region Newsletter (Autumn 1988) states: The Trust has considered various possible uses of the buildings, but has decided that the money which could be made from their sale would be greater value than their use for National Trust purposes.

We assume this is the point at which the Refectory became a pub or restaurant.

To confuse things further, we discussed the provenance of the building with the foreman of the builders doing the renovation, and it is his firm belief that the building was built at the earliest in the 1950's. He showed us this metal sleeve on the base of one of the main supporting pillars of the building, which had been hidden behind some panelling on the bar. 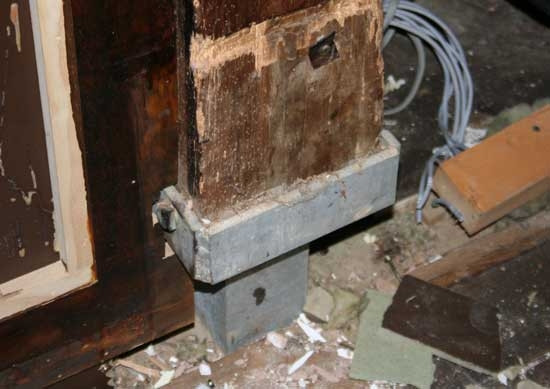 His opinion was that this must have been in place when the building was erected, but that such things didn't come into use until the 50's. It's all very puzzling.

Milton House was built in 1730, and while we don't know the date of the original barn on the site of the Refectory, the most likely scenario is that parts of the original barn survive in the current structure, although there have been major additions and alterations over the years, most significantly by the Snyers family in the 20th century. Whatever, it is a fascinating and appealing building, with endless beams, stained glass, panels, tiling and stonework to explore. The photograph below showes the galletted mortar between the stone courses to the front of the building. This was a process used in old Sussex houses whereby Grinstead ironstone pebbles were pressed into the limestone mortar to give protection against erosion, although over time, as you can see, the ironstone itself oxidises - surely this pre-dates the 50's? 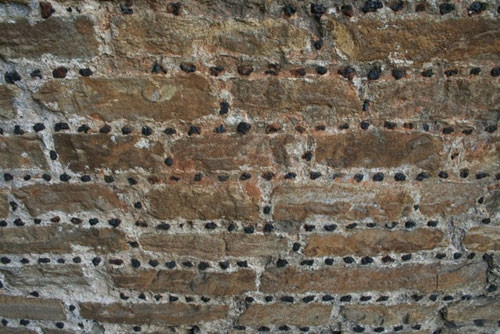 We received this email from Mrs Julia Mayo...

After seeing The Refectory featured on Location Location recently, we visited for lunch last Thursday. The reason? Well, I used to work as a Saturday waitress there at aged 14 in 1958. I can confirm that your 2nd version of the story is true although I remember Mr Percy Stovold as a local farmer living as I did at the time at Hydestile Farmhouse, also featured on the Location, Location programme.

I worked for Reginald Sneyers and his Mother, also Robert's Mother of course, did all the cooking. She was quite an elderly lady by the standards of those days and she produced large quantities of homemade bread, scones and cakes for the teas.

Teas were either plain at 3 shillings (about 15p) or cream at 3 shillings and sixpence (about 18p). They comprised 2 small slices of homemade bread similar to a semi-sweet German bread, 2 small scones, 2 cakes, a dish of butter curls and one of jam plus thick whipped cream for the cream tea'. The cakes were delicious, either a version of today's cup cake, cream sponge (coffee/walnut being a favourite, some things never change!) or fruit cake. All would be very skilfully and liberally decorated. The summer season was very busy so the whole area would be used. In the winter, only the main room was open with the fire lit in the hearth nearest the kitchen. In the depths of the winter the fare was hot buttered toast with or without a poached egg and a more limited range of teas.

As I was working there in the 50's I'm pretty sure it was built before the 2nd world war. However, it may very well have been constructed in the 20th century using some much older materials. There were several noted architects working in south west Surrey at the time and at least one, Harold Faulkner, was keen on using medieval materials.

Many thanks for this, Julia (if I may).

We have then since received another email from Craig Olsen who was kind enough to send in some old postcards with a little note.

Impressed with the personal nature of the Refectory website, I thought these postcards might be appreciated. They were acquired in the summer of 1940 by a Kiwi soldier stationed at Mytchett Camp near Aldershot. What a great thing for the Refectory to have become a pub! 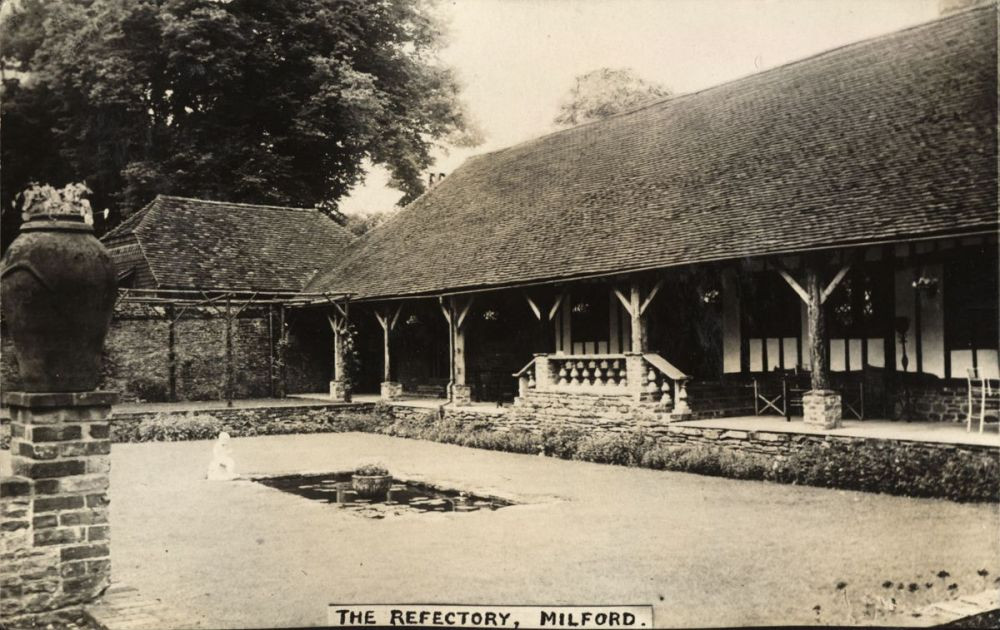 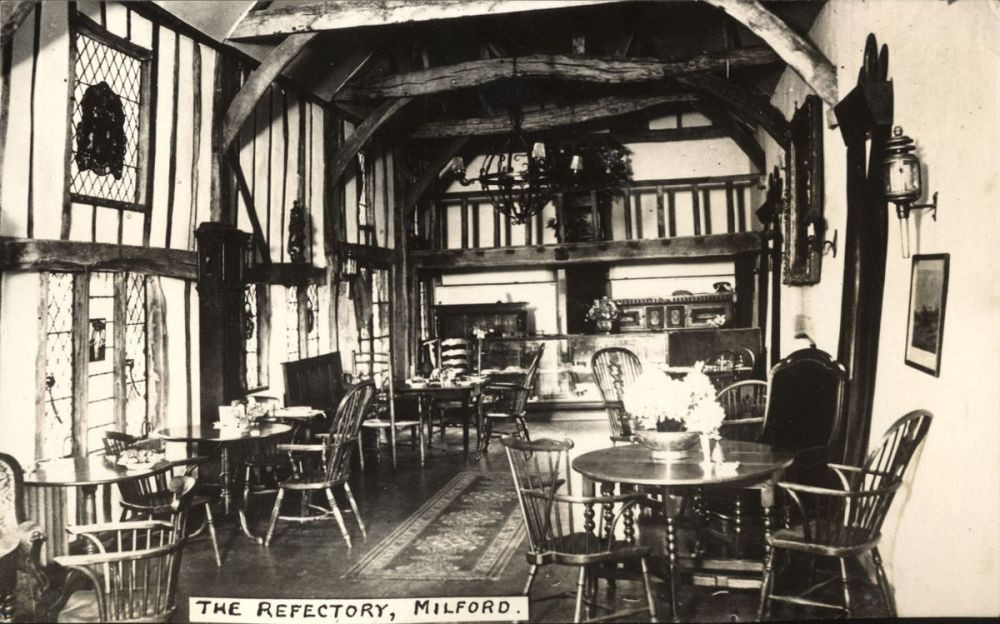 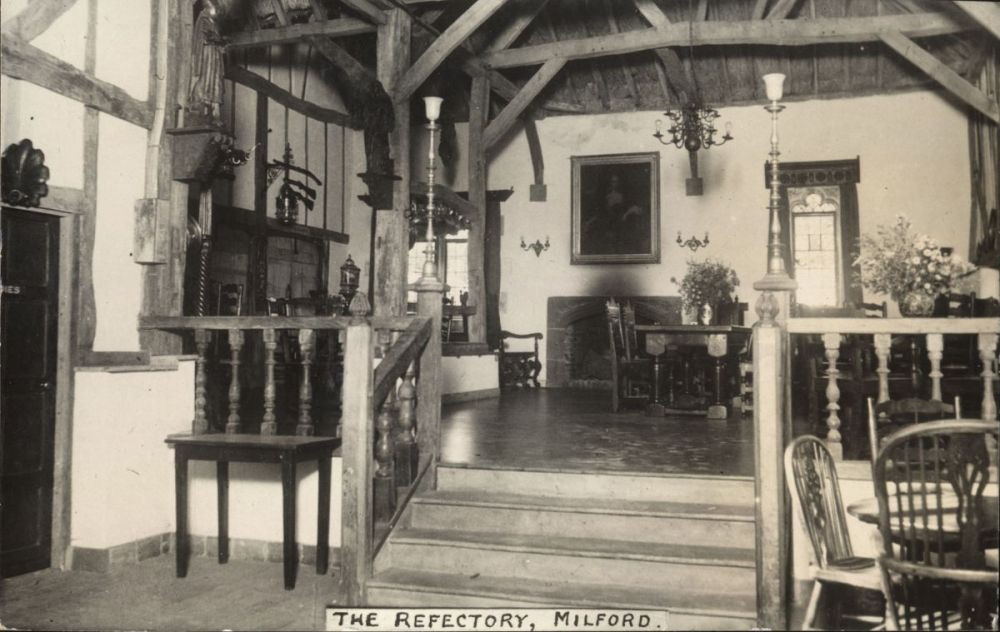 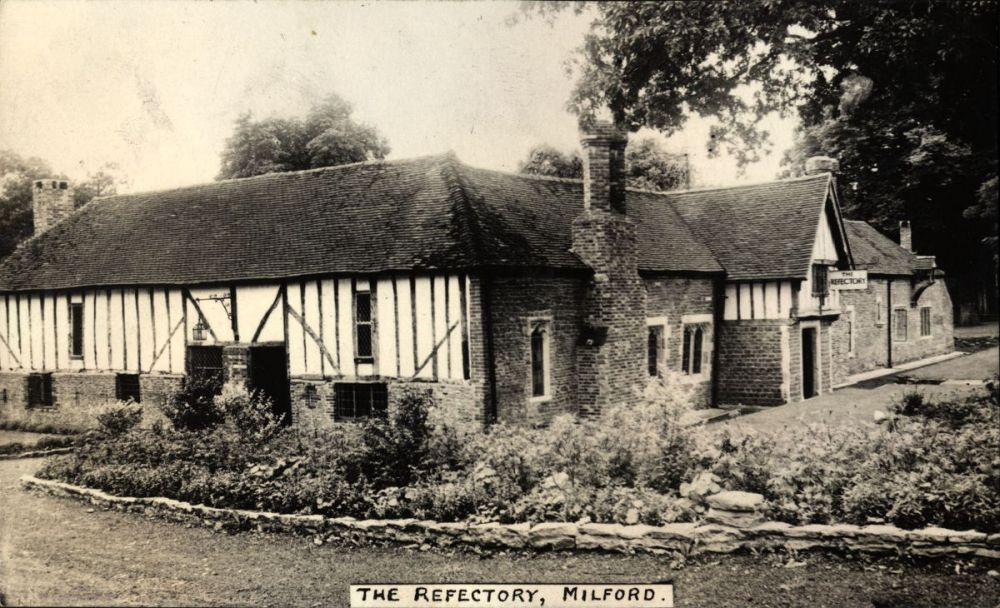 Mitch has been around pubs for many a year and loves a proper real ale. If he isn't serving a pint, you will probably find him the other side of the bar working his way through one (or two!). A keen football fan, Mitch also likes to stretch his legs out on the football field every once in a while.

Paul (aka "Buzz"...no one knows why) is our oldest serving manager whose voice booms through the pubs beams when he works. One of our crucial members of staff, he is everyones best friend but if you cannot find him he is almost definitely on holiday topping up his tan and ever growing knowledge of wines. If you ever have any questions about any of our booze, he is your man.

Holly is our newest supervisor to the team! With a degree in Theatre and a couple of recent shows under her belt, Holly is excited to learn the ropes and begin new challenges with the business.

Kristina is our Assistant Manager in training! She is calm, collected and positive - and can usually be found with a green tea somewhere in her section! We look forward to training Kristina up the management ladder.

Kelly is without a doubt the happiest and chattiest girl at the Refectory. It's a shame that she only works the evenings, however we'll forgive her as she has to keep her eye on her two tiny tots.

Once one of our apprentice chefs, Andrew is now one of our longest lasting chefs in the kitchen. Although we'll never forget when his mum drove him to Sainsbury's for some "salmon legs"...

David is one of those "strong but silent" types, which we all know we could do with in the kitchen sometimes! He originally comes from Hungary but has settled in nicely to this quintessential English pub.

George is the sweetie of our kitchen team! He can be found usually preparing our deserts and sweet treats. All the girls adore George - especially if he has a pudding in hand!

If you decide to pop in for coffee at 10:30 you will probably meet Lisa. She loves a good gossip and is always the best person to go for for a chat or advice. Lisa has been with us for years, and we couldn't do without her. When she's not working, she is a Mum to her boy Max. 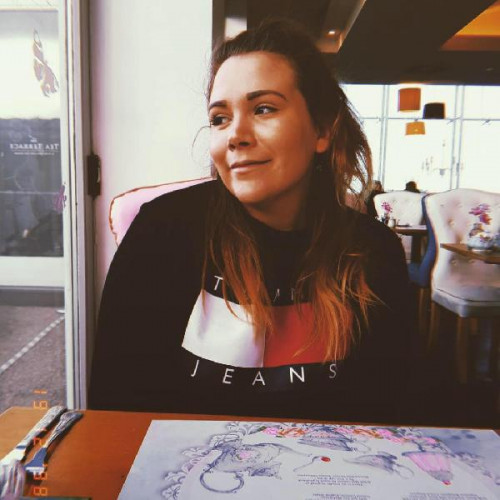