The Fox, originally called the Fox and Duck, was actually situated across the road from the current site, but in the 1920s the brewers Joules, based in Stone in Staffordshire, decided to get a grip and do things properly, and a purpose-built pub was commissioned. The wooden fireplace in the front bar is an original Joules fireplace, the design of which was used in many of their pubs. 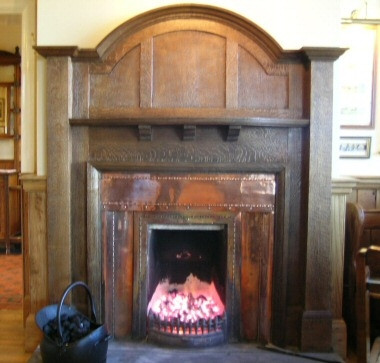 Joules were taken over by Bass, who also had bought the Mitchell and Butler brand, so the Fox and Duck eventually became a Mitchell and Butlers pub. Strangely enough, even though the pub moved to its present site over 80 years ago, the current Ordinance Survey map still shows the 'PH' symbol in its original position over the road.

In the 80's the Monopolies and Mergers Commission compelled large breweries to sell off much of their pub estates, and the Fox and Duck was sold into the free trade.

Shortly afterwards, under the ownership of Arthur Foxcroft, the pub was significantly extended to the left hand side as you look at it, to give a function room with bedrooms above. The original building ended on the left hand wall of the front bar, so everything beyond that was the new addition. It was run as a small hotel with ten letting bedrooms, and had an excellent reputation for food.

In July 2001, the Fox and Duck was bought by Derek and Sandra Longstaff. They wanted to make a fresh start, so they renamed it the Three Fishes, after the heraldic symbol for Newport.

The Three Fishes as a symbol came about as a result of a visit by Henry 1st to Newport in the 12th Century. At that time, the main industry of the town was fishing the three meres, and they were anxious to retain their charter. Henry agreed to this with the caveat that every time he came through the town, he would be presented with three fishes.

Although the layout of the medieval town is still obvious, not many buildings of the time remain. One year before London's Great Fire, Newport had one of its own. Most of the town was destroyed by fire in 1665.

The symbol has been adopted by the Newport Rugby and Cricket Clubs as well as the local school, so the Longstaffs had half the town marching around with free advertising on their shirts, a shrewd bit of marketing if ever there was.

When we took it over in January 2004 we couldn't get stuck into it as we were busy with the Combermere in Burleydam, but when that opened in July we got straight on with the new pub without catching breath.

Some local bits and pieces

A former lord of the Chetwynd Aston manor was the Duke of Sutherland, and his vast industries around Donnington supplied most of the coal for Newport by canal to a coal depot located in the parish. A driveway from his house at Lilleshall had its entrance between Pave Lane and the village of Chetwynd Aston. 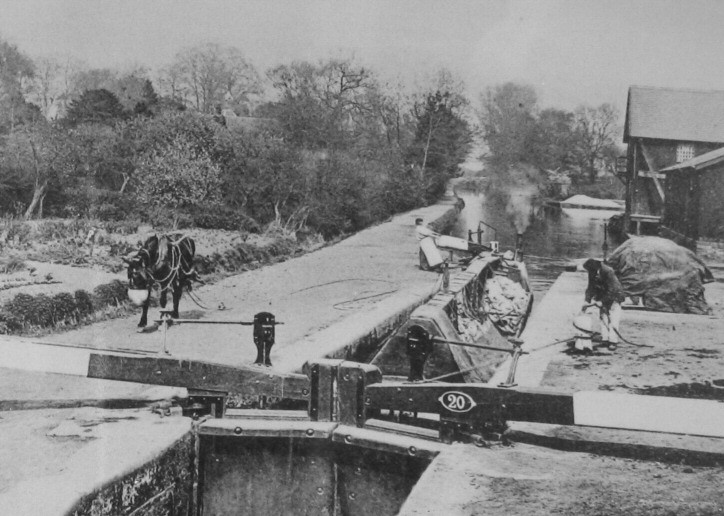 Shortly before the French revolution, the owner of the big house at Chetywnd sold the place in a big hurry, as he believed the world was about to end. Quite how this was going to improve the situation was not known - perhaps he though he was getting one over on the purchaser.

Charles Dickens (1812- 1870) stayed at The Bear Hotel in Newport, now called Beaumaris House and part of the Grammar School. Chetwynd House was formerly the home of Elizabeth Parker, the recluse on whom Dickens modelled Miss Havisham in Great Expectations (1861).

Chetwynd Aston was once known as Field Aston, Since the building of the Newport bypass, the village of Chetwynd Aston has been left in comparative peace, and today, especially away from the main road through the village, it is a very pleasant spot. 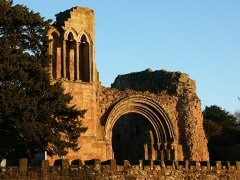 Just next door to the pub are the beautiful ruins of Lilleshall abbey, including a fine Norman west door and part of the front, and considerable remains of the church and some domestic buildings. The abbey was founded in 1143, under charter from King Stephen, by Richard de Baumes or Belmeis, dean of St Alkmund, Shrewsbury. It was built for Augustinian canons, who were brought from Dorchester Abbey, Oxfordshire. The last abbot of Lilleshall, John Cockerel, was a fairly serious chap, and Henry VIII had him executed for his pains.

Predictably, there are a number of ghost stories associated with the abbey, notably this one from a local photographer of historic buildings, Lawrence Clout.

Chetwynd-Talbot was the family name of the Earls of Shrewsbury, who were also the Earls of Talbot. The family seat was Alton Towers before it became the massive theme park. Alton Towers' garden was begun in1814 by the eccentric 15th Earl of Shrewsbury, of whom J. C. Loudon (who was consulted on design features) relates that he consulted every artist, only to avoid 'whatever an artist might recommend'.

Under the patronage of the Earl of Shrewsbury, Clément Talbot Ltd was founded in 1903 to import the popular French Clément car into Britain. The famous automobile brand Talbot grew out of this company.

Its greatest success occurred in 1913 when Percy Lambert drove a 25hp Talbot 100 miles within an hour at Brooklands race track in Surrey, the first truly 100mph car.

A 1913 Talbot pilotted by Percy Lambert

Sam originally wandered through the doors at the Armoury way back when, looking for casual work, but after a bit gave up her job working for the National Trust to join us full time, to the detriment of our national heritage.She had been the deputy manager at the Fox since the opening, before ascending to the throne in September 2007. Sam is not only mummy to the staff of The Fox, but also to her beautiful 4 year old Ewen who has become very adept at laying tables! In her spare time Sam likes nothing more than spending time gardening, looking after her chickens (the girls) and brewing up some lovely moonshine, as her husband calls it!

Jonty (as he is affectionately known) is a dyed-in-the-wool B&P man, in fact if B&P had a staff mould they could indeed base it on Jon. Since joining the company way back in 2002 he has worked his way around a multitude of our sister pubs before finally returning to the Fox fold. He's a great host and can often be found having a good old natter with the regulars. Eternally cheerful and fuelled by coffee (so much coffee!!), Jonty is the perfect man to have around on those difficult days with a cuppa and words of support. He's passionate about his beer, loves a cheeky glass of wine and has a bit of a thing for buying shoes!! (for himself of course) Jon also loves a holiday and is something of a "Judith Chalmers" in his spare time, always popping off for a jolly abroad or weekends away with his partner, Theresa. When he's not off gallivanting he can be found partaking in a spot of DIY or chewing the fat over a beer in one of our sister pubs.

Hammersmith born Sam is our very own Southern Belle!! A London boy to the core, you might even occasionally spot him driving a black (actually white) cab!! Hospitality is clearly in Sam's blood, starting his career in Portugal at the tender age of 17, where he worked in a bevy of bars, clubs and restaurants. After returning to the UK Sam spent 10 years with M&B before taking up the reins of the Lion at Edgmond with his partner Laura, with whom he has two beautiful little girls. A pandemic and a brief stint away from hospitality eventually landed Sam on our door step, which we couldn't be more pleased about. Sam has boundless energy, a love of all food and drink and a sharp wit. A devout Chelsea supporter, he openly admits that matches (both the good and the bad) often reduce him to tears.

Joan hails from New Zealand; if you listen closely you can hear the lilt on some of her words - most notably "bottle". She has a real wander lust and loves nothing more than planning holidays to far off places or exploring closer to home with her constant four legged companion, Dyme (who has become our very own pub dog). Joan quite possibly has the smallest (and neatest) writing in the world, is a talented artist (look out for her work on our blackboards) and is a true rock chick. Along with her countless other talents she has an eye for a good gin, and is one of the reasons that we currently have 100 plus gins at the Fox.

A local girl through and through, Stella has been part of the Fox 'behind the scenes' crew since 2006 and is part of the duo that make the Fox look as wonderfully loved as it does. If we had to sum her up in three words they would be: grafter, boisterous and generous. When she's not buffing floors Stella can usually be found walking Nelly (her Golden Lab) or tending her extremely neat garden. It's also been rumoured that she might like the occasional cheeky Rose!!

Sassy Caroline has been with us at the Fox since 2005 and is partner in grime with Stella. As a farmers wife hard work comes naturally to Cas, and not much gets past her eagle eye. At home Caroline can be found waste deep in lambs, juggling feeding bottles or wrestling cows. She's a keen swimmer, loves a bit of pilates and is most definitely a lady that likes to lunch (in between farm duties of course). Cas has become so much a part of the Fox that I think of her much like the Ravens at the Tower of London, (no offence meant Cas!!) but should she ever leave, the Fox may just fall apart. 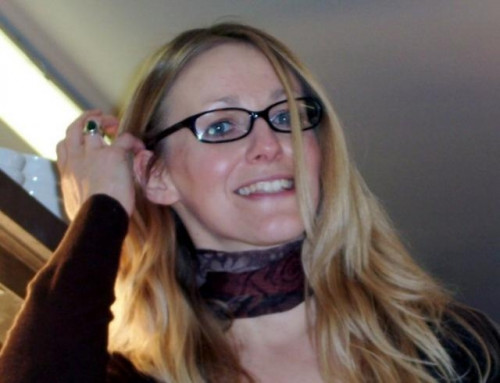 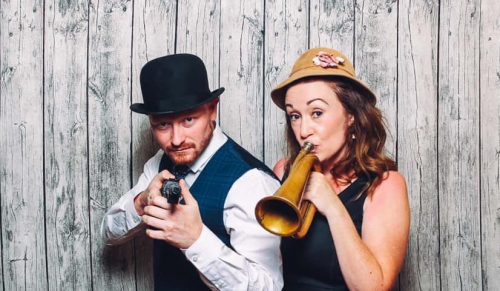 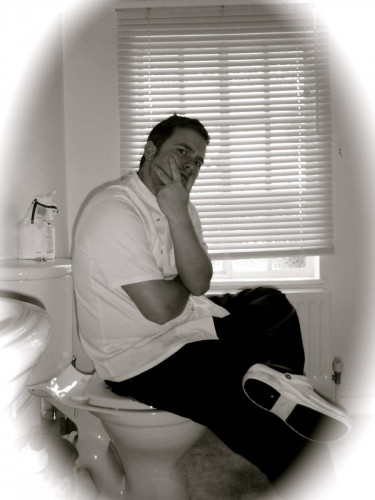 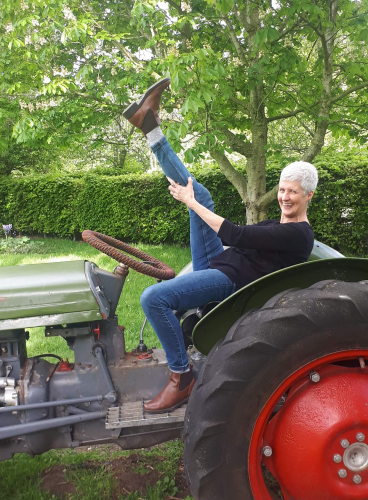