The Duke of York stands close by to the scene of the Battle of Barnet. The building itself is a former coaching inn built on the Great North Road, which was for centuries the main route from London to York and beyond.

Barnet was a place of considerable importance owing to its position, and at one time over a hundred and fifty mail and stage coaches, besides post-chaises, private carriages, wagons, etc., passed through the town each day. 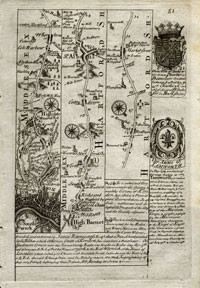 Many of the old coaching inns still survive from those days, "like pearls on a string" writes the author David Haslam. Wealthy travellers on the road proved a magnet for footpads and highwaymen and many were relieved of their valuables with the cry "Your money or your life!" 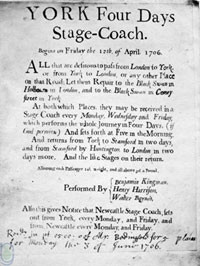 Dick Turpin, the most famous highwayman of the all, held up many a coach on the Great North Road. Coaching Inns would have provided comfort and sustenance to weary travellers, as well as safe haven from highway robbery. However, it is known that highwaymen themselves would frequent these coaching inns to identify possible targets. 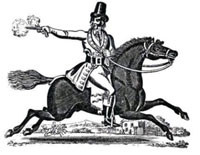 Origin of the pub name.

The title 'Duke of York' was first created in 1385 for Edmund of Langley, the fourth surviving son of King Edward III. 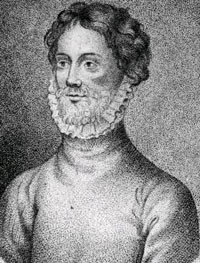 Unlike many titles, this one has frequently died out due to general heirlessness, but it has been resurrected many times over - eleven to be precise. Indeed, the current Duke of York himself has no male heirs: the fact that the dukedom has rarely passed from father to son has led to the belief that the title is cursed. Of the fourteen dukes to date, five have died childless and six became king only after the death of an elder brother. The title has ever since been passed to the second son of the British monarch of the time. 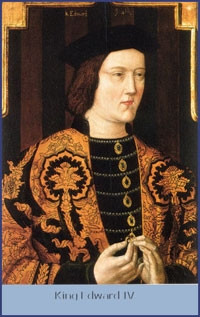 Here is Edward IV, who we think
looks a bit like... 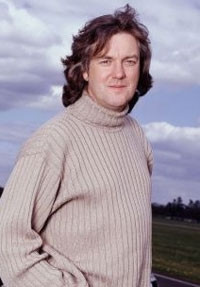 The fourth Duke of York, Edward, was born on April 28, 1442 at Rouen in France. Edward had a strong claim to the throne of England through his father, Richard Plantagenet. The Duke of York's assertion of his claim to the crown in 1460 marked the beginning of the conflict known as the Wars of the Roses.

The Wars of The Roses

The Wars of the Roses (1455-1487) were a series of civil wars fought over the throne of England between adherents of the House of Lancaster and the House of York. Both houses were branches of the Plantagenet royal house, with both tracing their descent from King Edward III. The Wars of The Roses became known as such as the two sides were both known by their rose motive:. the red rose of Lancaster, and the white rose of York. You'll notice the white rose of York at the centre of our Crest.

The Battle of Barnet

Edward destroyed the House of Lancaster in a series of spectacular military victories; never once being defeated in the field. One important battle was 'The Battle of Barnet' in 1471, held a stones throw from the current location of the Duke of York. Edward, the Duke of York, took the upper hand in the battle by advancing with his 8,000 men during the night. The battle started early next morning, and lasted between three and four hours. Edward himself was in the thick of the fighting in the centre.

Edward's victory enabled him to consolidate and prepare himself for the final confrontation, the Battle of Tewkesbury, which ultimately led to him being crowned the King of England.

Edward proved to be a popular and very able king. His reign saw the restoration of law and order in England; his motto was 'modus et ordo', meaning 'method and order', and the vast majority of those who served him remained unwaveringly loyal until his death. 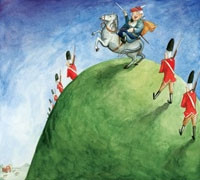 Another Duke of York was Prince Frederick,
the 'Grand Old Duke' of nursery
rhyme fame.

In times past Barnet played host to a large local horse fair, help in April and September. At one time as many as forty-five thousand head of cattle were brought to the fair from all over the country, but principally from Scotland. and they had to pay a toll to the lord of the manor. 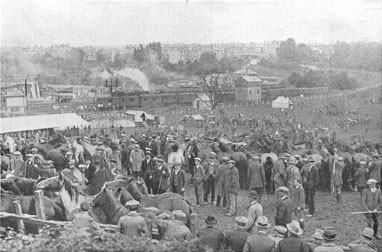 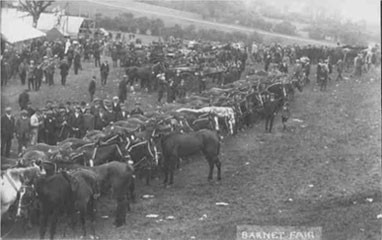 The horses and cattle would have passed by the doors of the pub, which no doubt provided sustenance for the weary herders. Barnet Fair was obviously famous, as it inspired the well known rhyming-slang term for hair (as in "Nice Barnet, shame about the boat race").

Justin has a wealth of knowledge having worked in and around Barnet for the last 12 years. When not at work you can find him in the fields near by walking his 3 little dogs - Ant, Dec and Taylor.

Stu is one of our Deputy Managers at the Duke of York. He is a keen fisherman and even keener beer drinker. When you see him why not ask about what beer is his favourite right now or even where the best fish like to hang out.

Chris is our beer and wine expert. When he isn't at work you can find him on his local golf course. He does say the best hole is the 19th.

Ashleigh has lived locally in Barnet all her life. She is like a celebrity round here as everyone seems to know her. When not here you can find her down her local pub with friends, family or good book.

Lewis can be found behind the bar on weekends. Always happy and smiling and loves having a chat with the locals. When not here he is hard at work doing what loves in the studio as a talented sound engineer.

Swade has a real passion for customer service. You can catch her buzzing around the floor always happy and smiling. She loves traveling and is always planning her next trip away.

Matt can be found strutting his stuff on the floor at the Duke. When not here at the pub you can find him on stage. He has been in many a play and is a very established actor.

Mikel is our Head Chef and he is a bubbly chap whom in his spare time will travel to see friends he has made across the country. He has a passion for food which you can see every day and always has a positive attitude in the kitchen.

Abs, as he likes to be known as, brings a wealth of knowledge and skill to the kitchen. It has been said he cooks from the heart. When not at work he is very much the family man, enjoying days out with his wife and son.

Lukas has been part of the kitchen team for a number of years now. He is our resident movie buff and is never shy of a fact or two from the lastest blockbusters.

Kim doesn't have a long journey to get to work as she only lives across the road. She has a heart of gold. In her spare time you will find her working hard at her charity giving back to the comunity. We are proud to have her on our team.

Adam keeps the grounds looking tip top. He can be seen during the week whizzing around never staying still for long. When his not working you will find him out and about with his trusty camera. He is an avid wildlife photographer.