The village of Thornton Hough holds an important position in the history of British architecture, in that it was an early attempt at social engineering designed to improve people's lives.

While the village itself is mentioned in the Domesday Book, when it was called Torintone, the current name of the village was established in the reign of Edward II, when the daughter of local landowner Roger de Thorneton married Richard de Hoghe.. That was some 700 years ago, and the name has survived to this day.

But that is not why Thornton Hough is significant. In 1866, a Yorkshire wollen millowner bought farmland in the village and began the development of the community, building a church, a school and a terrace of houses.

About this time William Lever, the first Viscount Leverhulme, was developing Port Sunlight as a model village for the workers in his soap factories. He was the countrie's greatest industrialist, creating the first multi-national company in the world. 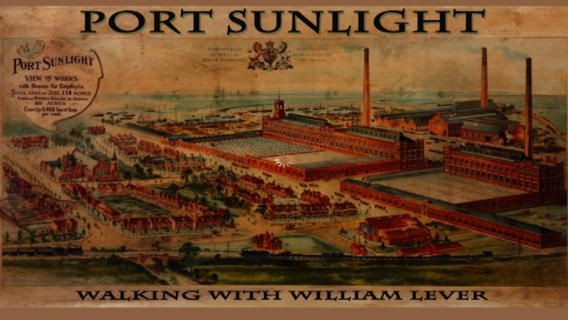 William Hesketh Lever was born in September 1851, and on coming of age joined the successful Bolton-based family grocery business. He went into partnership with his brother, James, and they soon buy up a small cleaning product and soap business in Warrington. In the course of their business, they met William Hough Watson, a chemist from their home town, who became a further partner in the business. He had invented a new soap which used palm oil and glycerine rather than tallow, with novel free-lathering qualities, and thanks to Willaim Lever's marketing acumen, within a decade, Sunlight Soap, the first soap in the world with a name on it, sold in 134 countries. 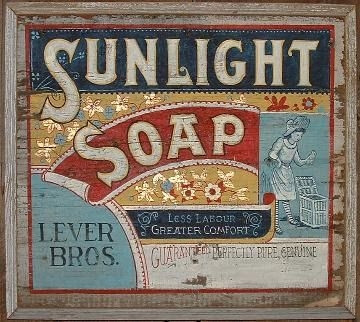 The first soap in the world to be branded

His model village at Port Sunlight was revolutionary: by 1909, there were 700 cottages, with their own running water and indoor bathrooms, and the village boasted a concert hall and theatre, a library, a gymnasium and an open air swimming pool. Schools were built to educate 500 children, and rents for a cottage were one fifth of the weekly wage.

Lever subsequently bought the village of Thornton Hough in 1891, and begun the process of developing it as another model village in the manner of Port Sunlight, 'though on a pastoral village scale, building another shop, the school, a social club and St Georges Church, a United Reform Church consecrated in 1906. Development continued in the early 20th century. It is Viscount Lever who we believed built what is now the Red Fox, so it is interesting to consider the history of this extraordinary man. 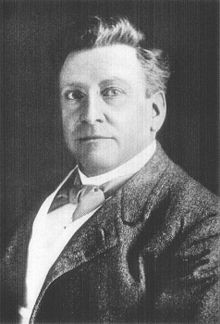 Lever was a visionary and a philanthropist, introducing the 40-hour week, the old age pension, and some of his good works include setting up the School of Civic Design and Town Planning, and reviving the School of Tropical Medicine at Liverpool University. He even proposed, 115 years ago, decimalising the currency.

Viscount Leverhulme's reputation was not untarnished, however. His was a deeply controlling influence, and he micro-managed everything many social activities In Port Sunlight and Thornton Hough were compulsory, and he imposed strict ethical codes in a highly paternalistic manner, It would not do you much good if you send it down your throats in the form of bottles of whisky, bags of sweets, or fat geese at Christmas he said. On the other hand, if you leave the money with me, I shall use it to provide for you everything that makes life pleasant nice houses, comfortable homes, and healthy recreation.

This moral code, if broken, could result in the loss of your job, and consequently the roof over your head. As he explained, "A good workman may have a wife of objectionable habits, or may have objectionable habits himself, which make it undesirable for us to have him in the village."

In 1909, he recognised the power of the monopolies set up in America by the likes of the Robber Barons like Rockefeller, Carnegie and JP Morgan, and he set out to create a soap monopoly. However, a virulent campaign by the Daily Mail created a widespread consumer boycott, with the result of a massive drop in sales and a massive drop in shareholder value, and he is forced to abandon the scheme. The scheme, he later reported, cost him Considerably over half a million. In 1911, he acquired 750,000 hectares in the Belgian Congo from the Belgium government to produce palm oil, an enormous undertaking manned by forced labour, who were subjected to beatings and appalling conditions, which result in untold deaths. 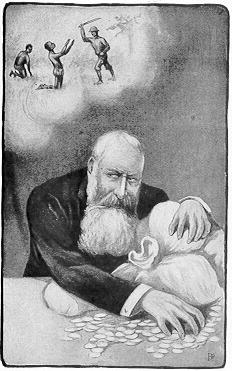 It is true that Lord Leverhulme did attempt to set up African versions of Port Sunlight for his own employees, but the atrocities continued.

Nevertheless, it is important not to lose sight of William Lever's essential philanthropy: he transformed the lives of his workers at Port Sunlight and Thornton Hough: as he said, Sweating the machine and not the worker makes possible and profitable the six hour day... It should not be inferred that the six-hour day means working the plant only six hours. The idea is to work the plant double time "twelve hours" with the two six hour shifts. 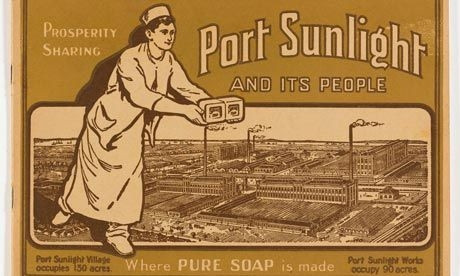 By the time of his death, the Lever Brothers had subsidiaries in the United States, Switzerland, Canada, Germany and Australia. The factory at Port Sunlight alone produced 5,000 tonnes of soap a week. Viscount Leverhulme managed 250 companies with 80,000 staff, still making time to become a Liberal MP. Lever's architects used a wide variety of building materials including red and buff sandstone, brick, timber framing, render and pebbledash with roofs made of clay tiles or thick stone slates which creates the impression that the village appears to be older than it is. Lever used several architects, including John Douglas, famous for many properties in Chester.

The firm of Grayson & Ould designed the Village Club and Post Office, Weald House, several houses in The Folds and rebuilt Thornton House in 1895 and designed its lodges and stables. Jonathon Simpson built the Lever School and his son, James Lomax-Simpson, rebuilt the Smithy, designed D'Arcy Cottages and extensions to Thornton House. 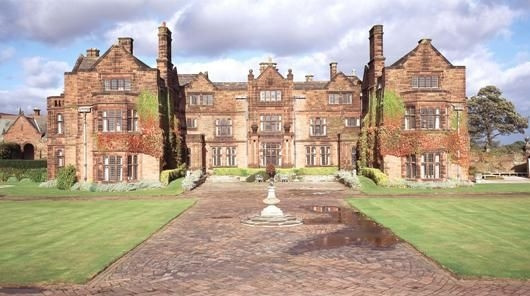 Lord Leverhulme himself moved to the area, having bought Thornton Manor, and being a health enthusiast, built himself an outside bedroom - in which he would sleep come rain or frost - which is still intact to this day. He built and converted many other large houses in the vicinity for members of his family, including Hesketh Grange, which was built in 1894 for Leverhulme's father. We believe the property that is now the Red Fox was built at this time.

In 1987 the Barnes family bought the property, and turned it into a restaurant, building the function suite in 1991, adding the 'Skybar' extension in 2000 and adding the front porch in 2005. The Grange was very well known locally, and was a very popular wedding venue, though it's fair to say the basement nightclub had a bit of a reputation for its sticky carpets and general shenanigans. The Basement Nightclub at the Grange

The nightclub has formed our brand new state-of-the art kitchens!

RayRay as she is affectionately known has been with us for a couple of years now and made her way through the ranks to assistant manager. In a former life Ray worked in hair and beauty. When she is not working she is looking after the team and keeping them looking beautiful, Im sure our waitresses have the best nails in the business. Ray has recently discover the joys of Chambord which of course has now found its way onto our drinks menu Im sure she will do her best to convert you with a spritz or two if you are not already a lover.

Ashley is bar cellar man here at the pub he started his B&P life working in our kitchens before making the move out front earlier this year. You may not always recognise him at first glance as he has as many variety of hair cuts as we have gins.

Helen is rarely found without a packet of biscuits in hand which she will happily share if you ask her nicely! She's a true grafter and when not at one of her various cleaning jobs, her three sons make sure she is kept busy. She enjoys relaxing with a glass of Sauv Blanc - when she eventually gets the chance...