Cheltenham began as an Anglo-Saxon settlement. It's also believed to be the site of a 9th-century monastery.

Remarkably little is known of Cheltenham before it became a popular spa town. We do know, however, that it was granted a market charter in 1226, thus allowing the town to grow.

It wasn't until the 18th century that Cheltenham saw any real changes, including a dramatic rise to fame and fortune. The story goes that in 1716, a few townsfolk noticed that a particular flock of pigeons that pecked near a local spring were thriving. It wasn't long before they decided to taste the benefits of the mineral spring for themselves. Eventually, the owner of the land on which the spring stood took the entrepreneurial measure of installing a pump and charging people to 'take the waters'. 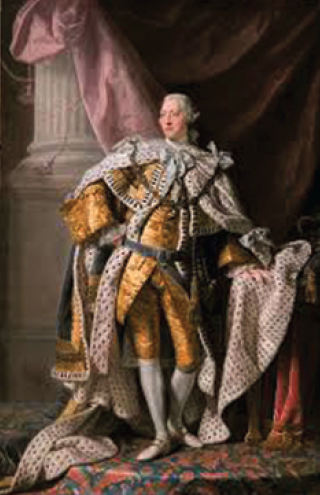 By 1850, history shows that Cheltenham had become the largest town in the county of Gloucestershire. Among the early visitors to Cheltenham were Samuel Johnson, the Duke of Wellington and the novelist Jane Austen. However, one visitor in particular served to boost the town's popularity. King George III visited in 1788, lodging at Bayshill. He could often be seen strolling around town, accompanied by his family.

Visitors to Cheltenham could opt to take the waters at the original spa, situated on the site of the present-day Cheltenham Ladies' College.

Alternatively, they could enjoy one of the rival spas that emerged to meet growing demand - Montpellier and Pittville.

The Pittville Pump Room, the work of Joseph Pitt, was built in 1830 and the spa waters can still be enjoyed here today.

It was during the early years of the 19th century that Cheltenham also acquired its links with horseracing. The town's earliest organised flat race meeting was held in 1815 on Nottingham Hill. Three years later, the first races were held on Cleeve Hill. However, not everyone was happy. In 1829, a local priest preached against the evils of horseracing and the grandstand was later burned to the ground. Consequently, in 1831, the racecourse was moved to Prestbury.

The County Court was constructed between 1869 and 1871 to the designs of Thomas Charles Sorby who, at the time, was the Surveyor of County Courts (albeit abolished in 1870).

Cheltenham County Court forms part of the local civil court system that was established in England and Wales, following the legislation in 1846, to allow a national system for the recovery of small debts. Derived from the Courts of Request or Courts of Conscience, these were the development of courts which had been established in a piecemeal fashion from around 1700 until 1846.

This new system established sixty districts in which one or more courts could operate. Each district had a judge who was an experienced barrister and courts could initially hear claims for up to £20. Juries comprised of five individuals and all verdicts had to be unanimous decisions. To ensure the efficient operation of the courts, each had a clerk, court servants, at least one high bailiff to serve the summonses and execute all warrants and writs; and a treasurer.

The Court at Cheltenham was operational until the beginning of the 21st Century when it was closed as part of the rationalisation of the Government's estate.

The plan of the building remains very similar to its courtroom days. On the ground floor was the large public waiting area, the two smaller rooms that now make up our Private Dining Room and the "cosy room" were once the "Counsel and Solicitors" Room and the "Clerks Office" (which retains its original fireplace). On the first floor is the Court Chamber which was originally in two parts, comprising the public benches and the court room split between the lovely Corinthian columns. The two grand rooms overlooking Regent Street, now used as our smaller kitchen and office were originally in use as offices for the judges. The basement is different in style; in comparison to the main courtroom it is utilitarian in appearance as it was never meant to be in use by the general public.

Thomas Charles Sorby (1836-1924) was a British architect, born in Wakefield, Yorkshire, who emigrated to Canada in 1883, where he mostly worked in Vancouver and Victoria, British Columbia. He studied architecture in London under Charles Reeves, with whom he notably designed Salford County Court.

From 1843 Charles Reeves was architect and surveyor to the Metropolitan Police, designing and superintending forty-four new police stations. In 1847 he also became architect to the county courts in England and Wales, established the previous year; he designed and superintended sixty-four new courts across the country. 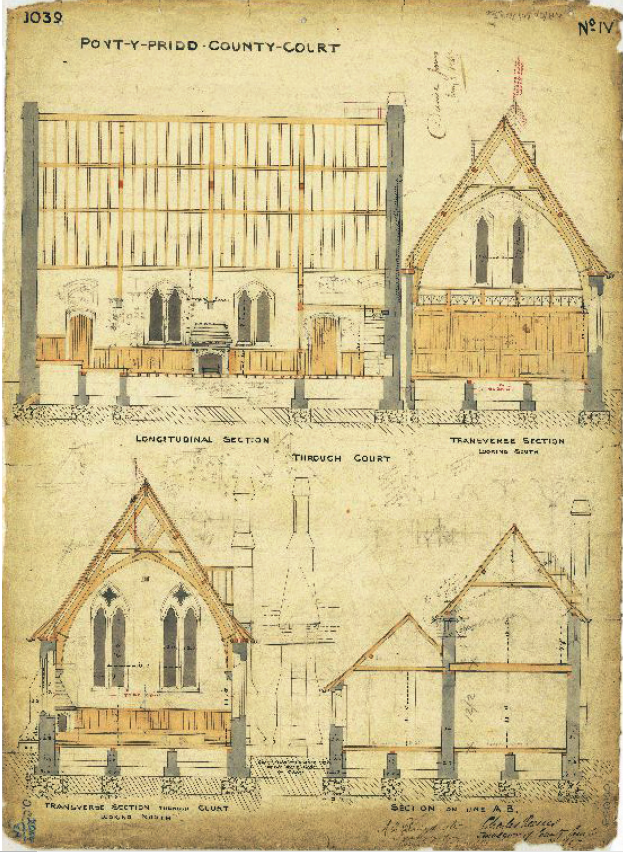 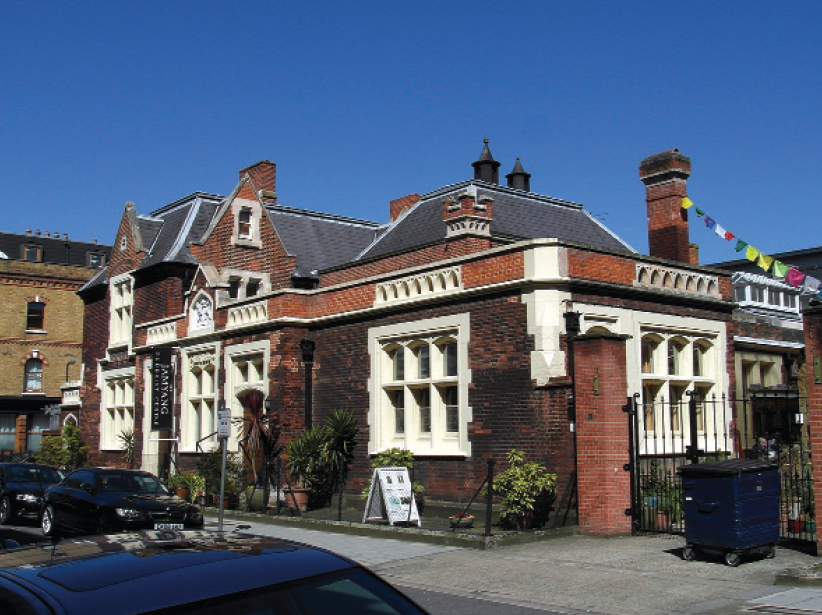 Judge Alan Thomas presided here until the court closed. His first appearance was as a young solicitor in the 1970s, before becoming a judge in the 1996. He recalls the "early days" Solicitors would robe in the small room at the top of the stairs. There was a small sink with a block of carbolic soap for all to share and holes in the windows, it was uncomfortable and absolutely freezing. I remember one of my first appearances when I stood to address the Judge. can't see you Mr Thomas he said to me, I was baffled until a more senior solicitor whispered to me, "You haven't got a waistcoat on! I removed myself from court, borrowed a waistcoat and tried again, I can see you now the Judge said on my return. Thankfully, things had changed by the time the courts closed.

As a Civil court we heard non-criminal cases. Our days would be filled with Personal Injury cases, which could take up to two days, Family cases, Contract cases, Insolvencies and Housing cases of which we could do up to a dozen in a day.

The design of the courtroom was such that as a judge you felt perched up on high, looking down on all below. I often remarked that I needed an oxygen mask!

We rarely had a jury in court. However, I recall one case that lasted five days that required one. They sat each day in hats, scarfs, coats and gloves with electric fan heaters warming their feet. Such was the design and disrepair of the old building that it was either freezing cold or tropically hot due to the large glass feature in the ceiling. When it rained the water would dribble down the electric cables that the lights were suspended from and drip onto my chair. 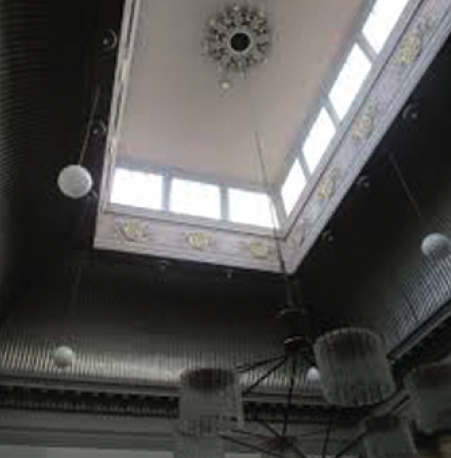 It was the extent of this disrepair that led to its closure. Sadly, the old building was in such a state that it would have cost a fortune to modernise the plumbing and electrics and bring it into the 21st century, and so its cases and its 6 clerks all moved into the main Gloucester Court system and the court was closed.

After a spell of being an Italian restaurant, we were offered the opportunity to turn the building into a pub and we jumped at the chance. We worked with the local planners to sensitively restore the building, uncovering and retaining its stunning original features, whilst plugging the holes and adding the comfort of heat!

Our thanks to Judge Alan Thomas for sharing his wonderful stories with us.

A Cornish boy born and bread before spending his time travelling the Shires, Karl has settled in the Cotswold's for the best part of a decade. After being part of one of the biggest hotels in Cornwall Karl finds himself returning to the warmth and hospitality of your local pub. Running several award winning Hotels in the North Cotswold's, Cheltenham is a local area to him so heads up the team with the local knowledge of many of our great suppliers in the surrounding area.

Tewkesbury Tigers famous inside centre, you will always find Jorja running drills on a Wednesday night or possibly with a limp on a Saturday afternoon. She has previously had trials for Gloucestershire's County Squad and is looking forward to an injury free season and the start of her degree at Worcestershire University.

Taylor is our resident Welsh student studying criminology and psychology. She has two adorable Cavachons back home who are always up to mischief.

Since joining the Old Courthouse Taylor has added some of her favourite gins to our selection and will happily run you through our gin menu.

Shayla is one of the youngest of our team making the most of her time while she applies to join the Royal Navy. She can always be found wearing a bandage or two, usually from a mountain bike accident. But with a crazy story to tell of her adventure. Shayla always has a huge smile on her face is is always willing to help.

One of the newest members of our management team Hannah has just finished her degree in French Studies. Now fluent in the language of love Hannah is turning her passion to her second love, entertaining. Hannah will normally be found behind the bar looking through the rum bottles and cocktail books.

Hannah is a level 1 badminton coach and is a true Devonshire Lass.

Louis is a keen black smith of the age old tradition. When he's not in his shed drawing up plans for his next piece of metal work you can find him under the depths of the sea scuba diving.

When he's not recommending the perfect rum or gin, Jamie loves nothing more than spending time with his furry friends. With many stories of his time growing up in Essex and adventures with his dogs he's sure to make your visit entertaining.

Jay is a local lad and has worked the globe in his catering career, settling back in his home town and honouring us with his witty conversations. He has a love for cooking and a bookcase full of amazing recipe books. When he is not in whites he can often be found under canvas exploring the woods.

Kai has been a key member of the kitchen for quite some time and is an absolute wizard with the dessert menu. When he's not perfecting his sweet treats you can find him propping up the bar with a rum in hand.

If you have guests who have mobility requirements, please give us a call on 01242 500930 and we will make sure we seat you in a suitable area. 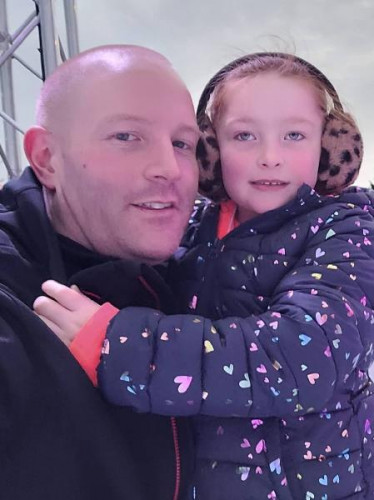 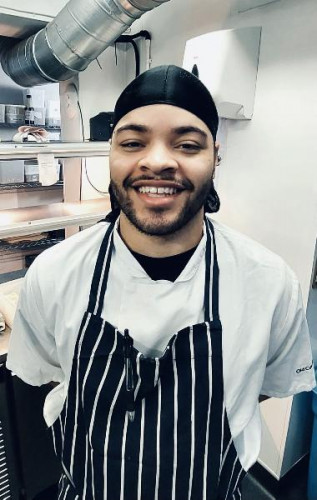