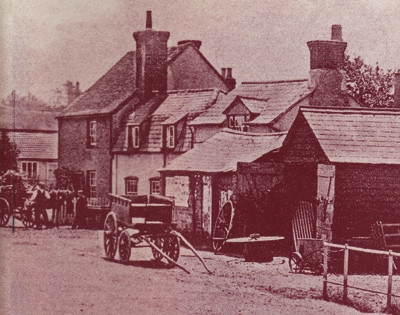 The Cricketers is an attractive and fascinating structure for it is made up of three distinct buildings constructed between 1700 - 1830. The oldest part is the middle section which was once two agricultural labourers' cottages, the mansard roof dating it to around the early 18th century. The second oldest part is the brick-built construction to the left with its Georgian sash windows and distinctive Georgian rectangular panes of glass. The last to be built around the early 19th century is the structure to the right, also farm workers' cottages.

A contemporary survey shows that in 1840 the Georgian part of what now is the Cricketers was being used as a Friends (Quakers) Meeting House. Quakers were well represented in the area at the time. The well known Quaker William Penn married in Chorleywood in 1672 and when he founded Pennsylvania Colony he did so with settlers from Chorleywood and surrounding areas. Elizabeth Fry, prison reformer, is another well known Quaker whose portrait can be found on a £5 note. Their belief in non-violence is strongly held so if any of your company happen to fall out suggest they move to the left of the Cricketers and imbibe some of the quiet serenity that has soaked into the walls from those days long ago.

The Cricketers itself owes its existence to a Jonathan Dyer who in the 1840s established a beer house in one of the cottages - and as the establishment became more successful over the decades that followed it slowly expanded, incorporating the other buildings. The first recorded use of the name Cricketers was on the 1871 census, but it may have been called that from the very beginning. Beer houses were a product of the 19th Century, a result of the Beer Act of 1830 which enabled any householder whose name was on the rate book, to sell beer but no other intoxicating liquor. A license did not have to be obtained; just one payment of 2 guineas had to be paid to the local Customs and Excise. Beer houses operated until 1872 without any controls, opening whenever they liked. The aim of the legislation was to curb the consumption of spirits, especially gin, which was seen to be having a detrimental effect on the lives of the labouring poor. The aim of the 1830 Act was for beer houses to restore the popularity of the ancient national beverage - beer.

Jonathan Dyer married Betsy, a townie from Watford. He continued as an agricultural labourer and no doubt Betsy ran the beer house when he was at work. This was common practice: the beer house keeper of the now closed Wheatsheaf, for instance, was also a brushmaker. Jonathan ran the beer house until his death when his son took over, the 1881 census describing son Gabriel as 'Licensed victualler and master wheelwright employing 4 men'. This suggests Gabriel had a full license and with a successful wheelwright's business, also had the money to expand.

Gabriel continued to run the business into the 20th Century and still carried on his wheelwright's business along with one of his sons. It is said he used to use the Cricketers Pond to shrink the hot iron onto the wooden cartwheels.

Frankie aka "Franc" is our gin enthused Manager! She is an organising puppy and always has a label maker handy. After a few years of being on the stage, she decided that hospitality was something more to sing about! When she's not running around the pub she's at home with her cat Penelope and fisherman (and fellow pub-ee) fiance!

Lucy is the Cricketers very own Sporty Spice. When she's not cracking balls around the hockey field, she'll most likely be found behind our bar. And if she's not behind the bar, she'll definitely be in front of it!

Mateusz, also known as Mat, comes all the way from Poland and joined our kitchen crew in 2015. He is a fast learner, a fantastic chef and a general whiz in any section of the kitchen. Mat loves to snowboard, but he might have a bit of difficulty in the UK. He also likes to watch 'Soccer' as he calls it.

Janet is our lovely, bubbly cleaner. She's the one that makes the pub look all shiny new after the hustle and bustle of the day. You're sure to have a good day when you've got Janet singing away in the mornings. 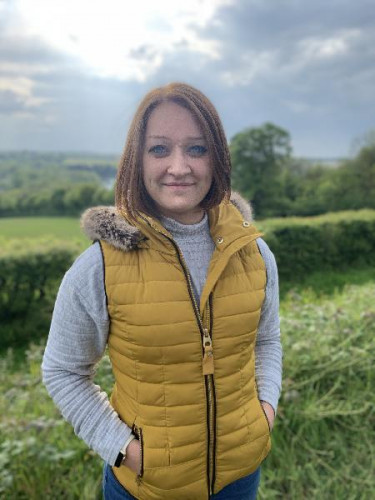 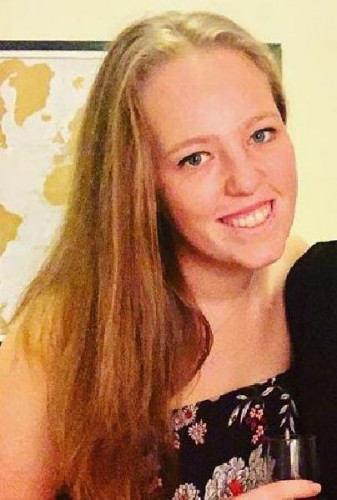 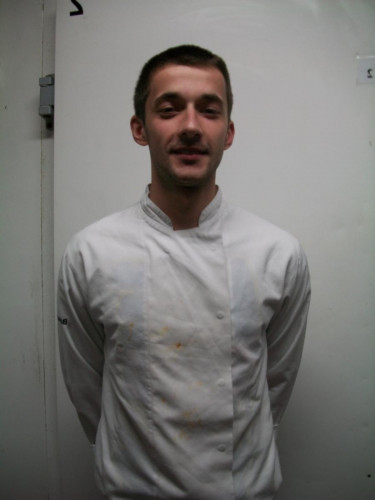 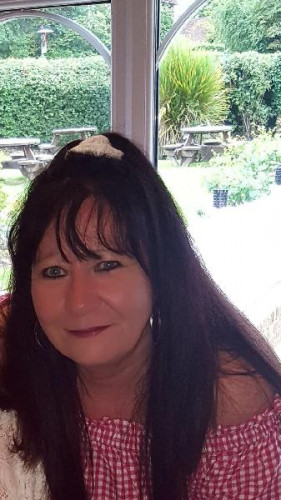